Khodorkovsky's supporters find out their lives have been wasted 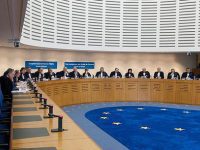 The court made the ruling on May 10. However, the news was made public only after the Moscow City Court considered the cassation appeal to Mikhail Khodorkovsky's and Platon Lebedev's sentence, which was invoked on the second case on December 30, 2010.

"Claims of political motivation behind prosecution required incontestable proof, which had not been presented," the judgment said. "The fact that political opponents of Mr. Khodorkovsky and his business competitors could use his arrest is not an obstacle for criminal persecution of the informer by the authorities. To institute adequate proceedings, it was enough for the authorities to have serious charges against the informer," the document also said.

Khodorkovsky, his lawyers and supporters in the face of several politicians, human rights activists and journalists both in Russia and abroad have been trying to present the case against the former CEO of Yukos as a solely political case. It just so happens that all the efforts were taken in vain.

Lyudmila Alekseyeva, the head of the Moscow Helsinki Group, who devoted years of her life to defending Khodorkovsky's rights, said that she was disappointed with the verdict of the Strasbourg court.

"We see political reasons, but they don't. They should wear spectacles or use magnifying glass," Alekseyeva told Interfax. "Amnesty International found political motivation in the case, but the European court didn't. It means that the European Court, unfortunately, succumbs to pressure too," she added.

Alekseyeva's remarks may mean that political reasons of Khodorkovsky's persecution was an extremely important issue for his followers.

The Strasbourg court ruled, however, that Khodorkovsky's rights were violated during his arrest in 2003 and detention after 2005. The court said that Russia must pay a 10,000-euro compensation to Khodorkovsky and cover 14,500-euro legal fees.

Scientist of politics Leonid Polyakov said that the ruling of the Strasbourg court was correct. "It's extremely important that the court has not found the process political. It's very important indeed, because it seemed that Khodorkovsky's case could be used as a political weapon against Russia. But it seems to me that the European judicial system has passed the test. There was very serious pressure from different sides," Polyakov told Pravda.Ru.