Russia may join WTO after 17 years of ordeals 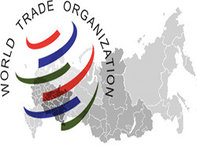 Russia may become a member of the World Trade Organization until the end of the current year, US Ambassador to Russia John Beyrle said. During the G8 summit in Deauville, the presidents of the Group of Eight also set out their readiness to support Russia's joining the WTO. US and Russian presidents also announced their intention to accelerate Russia's incorporation into the organization.

Russia's Medvedev told reporters that he and his American counterpart Barack Obama agreed to activate negotiations about Russia's WTO membership.

The declaration of the two-day G8 summit also says that Russia's partners in the Group of Eight welcome the country's interest and considerable progress achieved in the talks about Russia's incorporation in the WTO. The document also says that the G8 confirms its readiness to cooperate with the Russian Federation closely to complete the process in 2011.

Ambassador John Beyrle said during his interview with Echo of Moscow radio station that both Russian and US presidents always pay much attention to WTO issues during their personal meetings. The USA continues to support Russia's membership in the organization. Russia may join the WTO already this year, the ambassador said in the interview.

Russia has been trying to join the WTO for 17 years already. In addition to economic discrepancies with several other countries, Russia may have serious problems with Georgia. This is the only country that does not want to see the Russian Federation as a WTO member for political reasons. Taking into consideration the priorities of the Georgian administration, one shall assume that the opinion of the American diplomat represents the active position of the US Department of State. According to Mr. Beyrle, the USA hopes that Russia and Georgia will eventually find common language in the talks.

A regular stage of negotiations regarding Russia's WTO membership took place in Paris in May. The European Union - one of Russia's major economic partners - has not changed its stance on the problem. Europe is concerned about import duties on a number of goods. In addition, European businessmen claim that the Russian market remains mostly closed for foreign insurance companies and banks.

The EU also wants equality in prices on natural gas for Russian and foreign consumers. Gazprom has been trying to balance the prices out recently. From the point of view of one separate fuel corporation, WTO's requirements serve a perfect support to improve financial results.

Russia's international partners also insist on the reduction of the financial support of the agricultural complex of the country which has been showing signs of revival during the recent years.

In the meantime, Prime Minister Vladimir Putin entrusted the ministry for Industry and Commerce to prepare anti-dumping offers for construction equipment. Putin stated that since Russia did not have any restrictions in approving anti-dumping duties.

"The WTO will be brainwashing us for some 15 more years," Putin said.