The Most "Foreign" Communities of Moscow 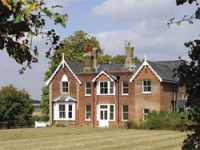 Moscow as the economic capital of Russia is the center of attraction of specialists from around the world. According to experts, over 40% of high budget rental villas and townhouses are accounted for by foreign citizens temporarily residing in Moscow and Moscow region. Recently a rating of the most "foreign" cottage communities in the region was released.

Analysts at Penny Lane Realty - the leading operator in the market of residential and commercial property - have noted that the overwhelming number of residents of certain elite communities are citizens of other countries, and tried to figure out what is the magnet that attracts foreigners in each of these communities. The evaluation criterion used was the percentage of foreign nationals residing in a given community.

"Analyzing the results obtained, we can conclude that all participants of the rating, except for the village Rosinka, are located on the territory of Moscow," says Dmitry Tsvetkov, director of suburban real estate company Penny Lane Realty. "It is not surprising because for foreigners location is of paramount importance - they need to be close to work and the downtown."

Another important factor is the availability of English-language general education schools close to home. "Foreign customers, being practical people, in their choice of future place of residence have always favored communities that differ not only in the quality of construction and infrastructure, but also the proximity to schools where they could educate their children," says Dmitry Tsvetkov. "In this sense Rosinka and Pokrovsky Hills are in the best position as they were able to attract as tenants the British International School and the Anglo-American school.

Another criterion that affects the choice of the "second home" for foreigners is the ability of a complex to provide the western way of life. This is a historically established trend: foreign nationals working in the Moscow offices of foreign companies prefer to settle near each other.

The first community listed in the ranking is Pokrovsky Hills. It is located only 13 km away from the Kremlin, not far from the Khimki Reservoir and Park Pokrovskoye-Glebovo. The settlement was built in 2002 specifically for foreigners coming to work in Russia. Townhouses are rented for the employees of the American and Canadian Embassies, ​​as well as Nestle, Shell, Procter & Gamble, Philips, Samsung, IKEA, DHL PepsiCo, Morgan Stanley and others. The school bordering the settlement teaches classes from pre-school through high school level. The establishment is fully accredited by the Association of Schools and Colleges of the New England Council of International Schools and the International Organization of Bachelors.

The second place on the list is given to a residential complex Rosinka, one of the most international in the Moscow region that simultaneously houses 360 ​​families from over 30 countries. The complex is built in the style of a classic American suburb: neat little houses, roads, sidewalks and flower beds. In addition to a school and a European Medical Center tenants have a beauty salon, round the clock Customer Service and security, social and sports center, and a store.

The third place is taken by a gated development Setun. The community is located in close proximity to the park at Poklonnaya Hill and the embassy buildings on Mosfilmovskaya Street. There are 24 townhouses and one apartment building in the complex. A small lake in the center of the community is an extra bonus. In contrast to traditional townhouses, those in Setun are built at a distance from each other, but each of them includes four three-level apartments with a separate entrance. All utilities in the development are centralized. However, the complex has an autonomous boiler that operates during the traditional summer repairs. Among the tenants are managers of Samsung, Ruhrgas, Coca Cola, Phillip Morris, ExIm Bank of Japan, PricewaterhouseCooper and others.