Russia in Search of Market 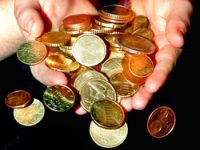 The recent global financial crisis contributed to the fact that the companies are expanding their product lines. Businesses are betting on innovative development, understanding the importance of new technologies. The position of Russia is becoming increasingly vulnerable because the country no longer presents interest for foreign companies as a market. Russia's importance as an investment object is also declining.

The study titled "Competing for Leadership," conducted among 1400 senior executives worldwide by Ernst & Young, shows that the main instrument of crisis management for international companies have long been the expansion of product lines, Banki.ru reports. Experts stress that over the last three years 87% of all companies have expanded their product lines, and 72% of respondents indicated acceleration in the development of new products and services.

"Under the new economic conditions, competition becomes tougher. The increase in differences between regional markets, increased volatility in the markets, the continuous pressure on the profitability of operations and stricter requirements of stakeholders led to the creation of the global economy, whose entities are highly interconnected and interdependent," says the study.

In the first study "Competing for Leadership" approximately 1400 representatives from around the world have been interviewed. According to the results, the market leaders occupying the top positions in terms of EBITDA and revenue growth have achieved success in the competition sticking to the following principles: customer attraction (the optimal use of the market potential), operational flexibility (acceleration and improved reaction), price competitiveness (increased profitability) and trust of stakeholders (attraction and retention of promising staff and their support in achieving the goals).

According to Jay Nibbe, head of Ernst & Young's department of business development in the EMEIA region (Europe, Middle East, India and Africa), in recent years it was the expansion of product range that enabled successful companies to overcome the crisis. Therefore, the customers have witnessed this boom in the development of new products.

It is obvious that the countries that do not skimp on R&D investment will become the leaders of the economy. Over time, competition is getting tougher as businesses are betting on the innovative development. "Luck will be on the side of those companies that can achieve the optimal balance resulting in attracting customers, providing the operating flexibility to be competitive in cost and gaining trust of stakeholders," says Alexander Ivlev, managing partner of Ernst & Young in Russia.

Russia's prospects in this respect are not clear. Highly effective companies are betting on India and China. Russia has the best position among the European companies, where the country still takes the fifth place. North America in general does not view Russia as a leading trading partner because of high tariff barriers and transport costs. According to the chief economist of Uralsib Capital Alexei Devyatov, for North American companies Russia has never been a leading trading partner because "shipments are too expensive and take too long."

Nibbe stressed that "the old term BRIC has lost its relevance. Today, we see that companies are more inclined to follow their own regional preferences. The importance of Poland, Mexico and Argentina is growing." Nevertheless, Russia may still get its chance through the interaction with neighboring countries, noted Devyatov. "With respect to the neighboring regions Russian imports are growing at a rapid pace, thus highlighting the importance of Russia as a market," he says. Bureaucracy at the customs still exists. However, the fact that the issue of simplification of border crossing made it to the top ten proposals for the improvement of the investment climate allows us to hope for the best. Russia has something to strive for in this direction.