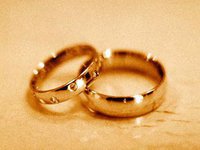 The influx of migrants from former Soviet republics has long been out of control. It is understandable because the illegals receive "assistance" from employees of the involved agencies and ordinary citizens. The latter marry illegals without love, but with profit and no liability under the law. MPs have decided to shut down the marriage business.

Each year the quota for migrant workers decreases, while the number of migrants, for some reason, grows. The number of marriages between Russian citizens and foreigners has been also growing. The most "enviable" suitors, according to the reports of registry offices, are not respectable Europeans but rather Azeris, Moldovans, Ukrainians, Tajiks and other residents of the former Soviet republics.

One can certainly believe in brotherly love and longing for a common past, but the facts speak about the motives far more mundane. For example, 80 percent of applications to the Federal Migration Service for temporary residence permits is filed on the basis of registered marriage of Russians with foreigners. Most of these marriages fail within one year, yet 15 percent of newlyweds arouse suspicion among officials with excessive age difference or other misalliance.

Fraudulent marriage is not an invention of the recent years, but a proven system for achieving personal goals. One party gets the money, while the other solves issues with the registration. Meeting a future spouse in this case is much easier and faster than it would be for a traditional family. There are an incredible number of web sites and matchmakers in the face of the registrar's office employees. The best thing for both parties is that Russian law does not imply any penalties for a fraudulent marriage, for which U.S. citizens, for example, face a serious punishment of hundreds of thousands of dollars in fines and even imprisonment of up to 10 years (which does not prevent them from happening altogether).

That said, it is understandable why the State Duma decided to resolve the issue of marriages based on mercantile interests. The initiator of the bill that has seriously tarnished the mood of some of those planning a marriage is the deputy chairman of the Duma committee on family, women and children, Alexander Bednov.

The author of the document suggest that a temporary residence permit should be granted to foreigners married to Russians not immediately, but after a year of living together. The additional grounds for cancellation of residence permits to foreigners in Russia (if this document was obtained as a result of marriage) would be the cases when the marriage was annulled within a year after obtaining a permit or a residence permit.

Bednov believes that his ideas may not eliminate bogus unions altogether but would certainly drastically reduce their number. In the meantime, one can easily find the following ads online: "Will fictitiously marry a woman who needs Russian citizenship on mutually beneficial conditions. St. Petersburg. Please call."

In fact, for the Russians (and not only for them) fictitious marriage is as an easy way to make money. If one does not register a new husband or wife in their apartment, then the risk is minimal. Some get so engaged in their "business" that they forget about the elementary self-preservation. Several years ago, a resident of Moscow, who married citizens of the former Soviet republics three times, was shot. After receiving the money, he would annul the marriage. He would state that the woman married him without goals to start a family.

It is fair to say that Russian is not the only country where fraudulent marriages are popular. In Britain, for example, recently a scandal broke out when it became obvious that a pastor of the county of Sussex managed to marry nearly 400 couples in four years. The Europeans married mostly Africans who were then automatically given the right to live and work in the UK.

To avoid these situations in the future, the Church of England decided that if a future spouse is not an EU citizen, then before the wedding, they would have to pay £100 fee and undergo a check to prove their financial stability, as well as attend a number of training sessions. In addition, non-Europeans must be approved by the pastor. The rule will affect all non-citizens of the European Union, including residents of African countries as well as wealthy Australians and Americans.

It is too early to speak about the effectiveness of these measures, but the experience of other countries shows that no one has been able to come up with the panacea for the marriages. In the U.S. spouses whose marriage causes suspicion have to go through many hours of interviews, responding to a lot of tricky, even intimate questions. In addition, the authorities do not avoid questioning neighbors, parents and coworkers. In France, Germany and Holland the supervision is even stricter, and guards regularly and without warning visit and check whether the newlyweds house looks like a family nest. Yet, even in presence of such meticulous measures in Europe and the United States cases of massive fraud are discovered every year. Should we expect that the measure invented by the Russian deputy would give a serious result?