Russian journalist: 'USA is the real empire of evil' 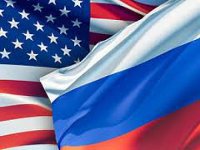 A year ago, the community of reporters of The New York Times launched a website the purpose of which was to let people share their stories about the real Russia. The website contains all sorts of compromising materials, scandals and other negative things which may and may not exist in Russia. One could find a piece of positive news on the website - about the Americans taking part in the Victory Parade on Red Square.

This is the image of Russia that is being formed in the United States. This is how our country is seen by many Americans. Which technologies do they use to create a negative image of the Russian Federation? How do they create the media image in Afghanistan, for instance? Russia's well-known journalist Arkady Mamontov shared his thoughts about it with Pravda.Ru.

"What is the real Russia, which they try not to show to American readers and viewers ?"

"Why did the Americans create that website about the real Russia?"

"It brings up the story with Emperor Alexander III, whose words, which he said at a session of the State Council, made him immortal. He said that Russia had no friends and no enemies. Russia's only ally and friend is her army and navy, he said.

"That's why I am not surprised when American citizens, who call themselves journalists, pick up the dirty laundry and say that this is the real Russia. For them we are like a burr in the saddle. For them, we are such a large, huge country, which still thinks that the most important question of human existence is "Why to live?" rather than "How to live?"

"That's why they don't like the Russians, they don't like Russia. They understand that there's a lot of wealth here, a lot of oil, fresh water and all sorts of mineral deposits. We are a country of the white population, and their children, the children of those Russians, should be taken away and moved to America, because they have homosexuality and pedophilia prospering there, unfortunately."

"What do you mean - to take them away and move to America. To have their organs harvested?"

"Well, including that too."

"I know a lot about the real America, I've been there twice. The first time I studied there for a month, and then visited it again when we were shooting a spy film there. I know what kind of people the Americans are, what kind of elite they have, and what American freedom really is. There is no need for me to tell anything about them, I know those people well. The American people are not bad, really. People in general can never be bad."

"So it means that it's all about the elite?"

"What kind of army do they have there?"

"We decided to make a film. We picked up many video files on the net, which US soldiers made in Afghanistan, and we made the film titled "The American Afghan." The film has not been released yet. We just edited the footage from the Internet and translated what those soldiers were saying there."

"And what were they saying?"

"Scene one. A group of children, who don't speak English, come up to an American soldier. He tells them: "I am going to teach you English." And then he says: "I am a pig." And he tells the child: "Repeat." And the child repeats. "Have a candy, you're an ass, take a candy," the soldier says. This is what the American soldier is all about. This is not the Soviet soldier, who didn't behave like that. This is a completely different attitude. This is a form of Anglo-Saxon disdain to the rest of the world. White fascism."

"But those are private videos."

"They are, but they characterize those people. The mental understanding, the attitude to other people, to nations, to men, women, children and so on."

"When the war was going on in Afghanistan, we received many emails from Americans who were reacting to what they were reading on the English version of Pravda.Ru. Many of them were writing things like "there's nothing more precious than the life of an American soldier."

"There's nothing more precious that the life of a Russian soldier."

"Our English-speaking readers once sent us a closed directive for CNN journalists, in which they described the events in Afghanistan. It was stated there clearly that images of blood and dead bodies and demolished buildings must not be displayed. It could probably be correct, but people were writing to us saying that if there had been destruction in Afghanistan they would have shown it on TV. We wondered what channels they watched. They responded that they watched CNN, but CNN was not showing anything like that. We gave them a piece of advice to watch alternative sources of news. In respond we received this: "I watch alternative sources - the BBC, but they are not showing anything like that either." Everything is fine in Afghanistan."

"This is a propaganda machine. But we are propagandizing as well. If hard times for my country come, the propaganda machine will work to the max, if needed. In America, this machine is working to the maximum. It's working in a very sophisticated and thought-out way. But a snake always bites its own tail when there's nothing to eat. Hillary Clinton has recently said that the Russians who broadcast for America have left US channels behind. In Russia, there is still this notion in journalism - the soul. There's little of it, but it is still left. They don't have it. All they have is business, professionalism and a lot of lies."