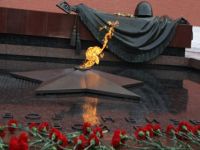 Virtually single handedly, they defeated the forces of fascism, drove the Germans back home and planted the Soviet flag on the Reichstag building, marking the end of German Nazism which had plagued the world.

Red Army Day has been tentatively renamed "Defender of the Fatherland Day." Many festive events took place in Russia today so that people could pay tribute to army servicemen and war veterans who safeguard the country, past and present. A 30-gun salute was held in Moscow in memory of those who were killed defending their Motherland against foreign invaders. 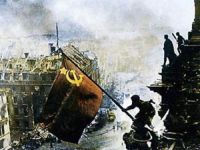 The President of the Russian Federation, Dmitry Medvedev wrote for the occasion, "I congratulate all the defenders of our country on this holiday. Russia needs peace. So we must be strong."

Also in honour of the occasion, the government of the Russian Federation will allocate 250 billion rubles (at least 8 billion US dollars) to provide military men with housing. Vladimir Putin, Russian Prime Minister, announced the funding at a Kaliningrad meeting dedicated to Defender's Day.

Rememberances were also held througout Europe, including at the monument in Berlin located in Treptow Park. The monument was built in 1945 at the top of mass graves of Soviet heroes who died in the battle of Berlin.

The USSR ultimately was the primary victor of the Great Patriotic War. The nation, the people of the USSR and ultimately all nations throughout Europe were saved from fascist slavery and butchery, from the actual extermination of their countries. Those defenders deserve all honour and recognition.