NATO does not believe in Russian Army

NATO does not believe in the fighting capacity of the Russian army. Such conclusions were made by NATO experts after an analysis of the trainings "West" and "Ladoga" conducted in 2009. The analysis was designed to check the status of Russian armed forces after the war in South Ossetia in 2008. 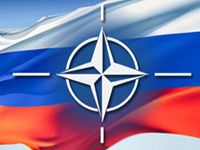 The respective report of NATO military personnel was published by WikiLeaks. According to foreign military analysts, the Russian armed forces are able to sustain only local conflicts of a small or medium scale, and are not able to act simultaneously on several fronts in a larger war.

Such conclusions were based on the fact that the military that participated in the maneuvers "did not have enough transport, people and that they used outdated technology."

In addition, according to the conclusions of NATO experts, another weakness of the Russian armed forces is insufficiently flexible officer force. In addition, they show poor coordination of the actions of various branches of the armed forces. In particular, they cannot properly cooperate and act independently of weather conditions.

This attention to the combat ability of the Russian army is not accidental. In 2009 the so-called military reform was commenced. Among the goals of the reform there was not only the reduction of the army financing but also enhancement of its combat ability. This is the reason NATO is following its development.

Meanwhile, the Russian envoy to NATO Dmitry Rogozin ridiculed such estimates, calling the leadership of the alliance to develop a more professional approach to the assessment of military-technical potential of Russia and take into the account that the Russian army is now rearming. According to him, Russian authorities do everything they can to allocate funds to upgrade the army. He expressed hope that this upgrade will be released in full on the day the transition of the Armed Forces of Russia to a new look is completed.

According to him, these conclusions "do not confuse but, rather, amuse us" at times. "Take for example the statement that [. . .] Russians cannot fight in bad weather. I can say that in Afghanistan the weather is usually good, but judging by the results of the NATO coalition in this country, most of the contingents of NATO cannot fight".

What would military experts say about it? Analyst Vladislav Shurygin commented on the situation for Pravda.ru:

"The estimates of the NATO officials are not far from the truth. After each planned exercise virtually all military experts make similar conclusions, not only foreign but also Russian ones. Now, when the so-called military reform has already displayed some results, the combat readiness of our armed forces has not increased but, rather, the opposite.

Take, for example, the creation of brigades instead of cadre divisions. The need for this step was explained by the need for hundred percent staffing. Well, we did it. But what has changed? Nothing. Cadre divisions were replaced with cadre brigades. Where can we see enhancing of their combat readiness?

The new models of equipment are supplied one unit at a time, and so far there has been nothing but boastful statements about things changing for the better. As for the problems with the officer corps, they do exist, and the NATO experts have described them in a quite delicate way. What do we observe as a result of the so-called reform? The lion's share of military educational institutions have been shut down, training of the officer corps is virtually suspended. In recent years the level of technical training has decreased by much, and we can now talk about its rapid degradation. 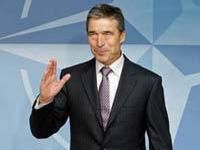 Coordination between different branches of the armed forces and various types of troops, to put it mildly, leaves much to be desired. We are now witnessing all this during the exercise, and in warfare, as demonstrated by the war with Georgia, all these omissions were noticeably stronger and led to unnecessary losses. At least two of the seven aircrafts lost in 2008 were lost because of "friendly fire." That is, the Army air defense hit them by mistake, taking them for Georgian, and so on. I can provide other examples of this kind, including lack of coordination between airborne and other departments, etc. There are no reasons to say that coordination among different branches of the armed forces has improved.

In general, we should not brag that we defeated Georgia in less than a week. If the opponent was a little more serious it could have ended differently. As for overly optimistic statements by Dmitry Rogozin, we can entertain such allegations, but who are we going to fool in the end?"