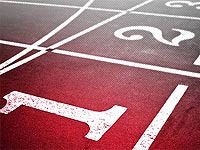 Russian Sociological Service published the first for 2011 approval ratings of the Russian President, the Prime Minister and the Government of the Russian Federation, These polls made some Russian publications very happy as the ratings of Dmitry Medvedev and Vladimir Putin have dropped.

According to a poll conducted on January 21-24 by the Levada Center, the activities of Dmitry Medvedev as President of the Russian Federation were approved by 69 percent of the respondents. In December of last year, his approval rating was at 75 percent. 29 percent of those polled disapproved of the President (in December the number was 22 percent).

At first glance, the rating of the head of state has actually declined. Yet, if you look at the data for the entire last year (the Levada Center conducts these polls on a monthly basis), then it will most likely look like fluctuation of the rating. In various months the approval rating of the head of state fell to 72 percent and rose to 77 percent. The average number for 2010 in terms of the approval rating for Dmitry Medvedev was 74.5 percent. Obviously, it would be appropriate to compare this number to the same average for the entire 2011, and not only the results of January's poll.

The activity of the Russian government, according to the Levada Center, was approved by 50 percent of the respondents, with 47 percent disapproval. In December of last year the corresponding numbers were 54 and 43 percent. The average approval rating for the Government in 2010 was 53.3 percent.

The survey was conducted in 130 localities of 45 Russian regions and 1,600 people were surveyed. Statistical error does not exceed 3.4 percent.

Pravda.ru asked the director general of VTsIOM Valery Fyodorov to comment on these data.

"The statistical error is 3.4 percent. This means that any drop or increase within these limits cannot be considered a trend," he said.

He stressed that VTsIOM conducts such polls every week and it occasionally happens when one week the rating goes slightly up, and next week slightly down."

"A trend is when there is a drop for three, four or five weeks or, conversely, an increase during the same time. What we see today cannot be considered a trend. This is a fluctuation, and nothing affects fluctuations, only a trend can be affected," said Valery Fyodorov.

This means that celebratory statements in the headlines of some publications are premature.

For comparison, here is the recent data on the ratings of the leaders of some of the leading countries in the world. According to a survey conducted on January 5-10 of 2011 by the news agency Associated Press and research organization GfK, the activity of Barack Obama as President of the United States is approved by 53 percent of Americans. The survey involved 1,000 people and reports on the results of this poll invariably begin with stressing the fact that the rating of Barack Obama has suddenly gone up.

According to a recent poll conducted by newspaper Corriere della Serra, 49 percent of the respondents demanded the resignation of Italian Prime Minister Silvio Berlusconi. 45 percent of respondents opposed this. The survey polled 600 people.

However, the Italian Prime Minister cannot keep up with the French President Nicolas Sarkozy. According to a survey conducted by pollster IFOP, activities of Sarkozy in January of this year were approved by 34 percent of the French (in December this number was 36). The poll conducted on January 6-7 had 1,021 participants.