Russia responds to USA with own air and space defense system 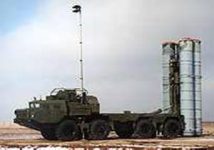 Russian Defense Minister Anatoly Serdyukov said the country was developing its own missile defense system. This was his answer to the question what  Russia would do if the United States violated the terms of the Strategic Arms Reduction Treaty (START-3).

On Wednesday, the Federation Council has ratified the treaty. The senators supported the amendments to the treaty during its ratification by the Duma deputies. These amendments describe the conditions of Russia's withdrawal from the treaty.

The first one has to do with a violation of its provisions by the United States. The second is the development of missile defense systems by the Americans that would qualitatively change the situation in this area, and would significantly violate national security and defense capability of Russia.

The "exceptional circumstances" also include the adoption by the U.S. of weapons systems with strategic non-nuclear equipment without it being discussed by a bilateral consultative committee, reports RIA Novosti.

During the discussion in the Council of Federation, one of the senators asked the Defense Minister Anatoly Serdyukov what Russia intends to undertake in the event that the United States violates the terms of the START-3. Would Russia enhance its missiles or would it develop its own missile defense system? "As for our missile defense system, we will continue developing it further as we have done before," the Minister responded.

Washington does not believe that the issue of linking the treaty on strategic offensive arms to the development of missile defense systems is relevant. Russia has quite an opposite opinion on this issue. If the Russian missile defense system was located, for example, in Cuba, it would seem that the U.S. would have a different opinion as well.

But this is no more than a theory. The point is that the emergence of the American missile defense system in Eastern Europe is quite real.
The differences over missile defense system have become one of the main issues of the Russian-US relations in recent years. This is precisely why in the process of ratification of START treaty in Moscow and Washington reservations have been made with respect to missile defense.

Russia puts much effort into opposing the U.S. plans to deploy such systems in Eastern Europe. The reasons are clear - after the implementation of these plans there will be no conversations about the balance of forces. The Americans will control all launches of missiles in the European part of Russia.

Russian initiatives on missile defense systems are obvious. Originally Russia intended a harsh response to seemingly inevitable deployment of missile defense system in Poland. Russian President Dmitry Medvedev made a decision that in response tactical Iskander complexes will be deployed in Kaliningrad region. However, after Barack Obama has stopped working on placing missile interceptors in Poland, the Russian implementation of countermeasures was also stopped. Yet, this does not mean that this idea was abandoned altogether.

This is what the defense minister was talking about, although not in too much detail. Yet, we feel that an explanation is required: we are not talking exclusively about the missile defense system.

In 2010, the Russian President agreed to establish a unified system of air and space defense of Russia, which will be the basis of the so-called unified air defense system, defense of the fifth generation. "It is assumed that the system will be mobile. That is, depending on the threat it can be relocated to certain areas to protect certain parts of the country against enemy attacks," Igor Korotchenko, chief editor of National Defense magazine, told Pravda.ru. According to him, the work on establishing such a system is conducted by PVO Concern Almaz-Antey.

"Serdyukov's statements are well grounded as this program is included in the state defense order and the state armaments program through 2020," said the expert.

This is not a Russian equivalent of the U.S. missile shield in Poland, the Czech Republic, Bulgaria or Turkey. This is a comprehensive system to protect Russia. However, this does not mean that the plans to build a joint missile defense system with the Europeans will be abandoned.