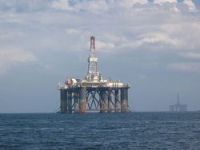 Rosneft and BP will establish a global strategic alliance as the two giants decided to exchange their shares. Russia's Rosneft will receive five percent of BP's shares and will thus become the largest minority shareholder of the global oil giant. BP PLC will receive 9.53 percent of Rosneft's shares to become the second shareholder of the company (after the Russian Federation government, which holds 10.8 percent). The deal is evaluated at approximately $7.8 billion.

BP's Robert Dudley stated that the alliance was working on a fifty-year program to develop and exploit new deposits in the Arctic area. The extraction of raw materials may begin already during the nearest five or ten years. However, the geological exploration works will require not less than $2 billion of investment.

Rosneft will pay for the British shares with quasi-treasury shares, which the company controls. Rosneft will be able to receive modern technologies, and the strategic alliance with the Western company will simplify the process to attract investments.

Technically, the cooperation with BP PLC can also open additional sales channels on the Western market, which is quite a relevant factor taking account of a slowdown in the growth of consumption.

The announcement of the transaction produced a sensation in the economic world. Influential politicians in Britain and the USA promised to meticulously study the details of the partnership between Rosneft and BP.

Britain's Labor leader Ed Miliband stated that BP should conduct a diversification and refuse from increasing investments in organic fuel. Officials in Washington said that the deal could potentially damage the national security of the United States. In the USA, BP controls a network of gas stations, oil depots totaling 7.8 million barrels and 160 kilometers of oil pipelines. In addition, in 2009, BP was the primary supplier of fuel for the US Armed Forces.

The shares, which the Russian oil company is going to acquire, are less attractive. BP will pay for them with the help of additional share issue. To put it in a nutshell, the troubled company will simply print some papers and receive access to vast reserves of Russian hydrocarbons in return. BP will also be represented at Rosneft's board of directors. The volume of the issue is very impressive: for Rosneft, BP will issue shares in the amount of $7.8 billion.

The ecological disaster in the Gulf of Mexico is still fresh in the memory. Many experts say that the development of the Arctic shelf carries serious ecological risks as well. There is nothing surprising about the fact that Greenpeace criticized the BP-Rosneft agreement.

"BP has bought its way into the Arctic by the back door. It seems the company learned nothing last year in the Gulf of Mexico," Charlie Kronick of Greenpeace said. "The Arctic is the 'world's most fragile environment for oil exploration' and that companies who drill there 'forfeit any claim to environmental responsibility," he added.

BP was very close to bankruptcy, and the deal with Russia came right on time, analysts say. BP had to sell many of its assets after the disaster in the Gulf of Mexico, and the company eventually faced the danger of takeover.

As a result of the sale, joint venture TNK-BP received assets in Vietnam (Lan Tay and Lan Do gas deposits, a pipeline and terminal Nam Con Son, and Phu My 3 electric power plant) and Venezuela (16,66 percent in Petromanagas oil field). The assets were evaluated at $1.8 billion.

Russia needs considerable investments to keep the extraction on the level of not lower than 10 million barrels a day. The extraction in Western Siberia has been declining speedily lately, whereas the number of projects in Eastern Siberia is not that large. Analysts say that the alliance between Rosneft and BP is a perspective marriage of convenience.

Rosneft's shares went 5.35 percent up on the Russian stock market on January 17. The growth of prices on BP PLC shares in London (LSE) made up only 2 percent the same day. The shares of TNK-BP gained 6.5 percent to their cost in Moscow (MICEX).

BP risks it all in the business where it has a competitive advantage - the knowledge and experience of deep-water drilling. The game is worth the candle: the Arctic shelf contains the last enormous and unexplored fields of hydrocarbons.