Russia and NATO to join forces for 'Active Endeavour' 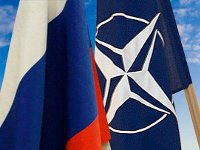 Russian Black Sea Fleet could participate in NATO's operation "Active Endeavour." This should become a practical confirmation of the new relationship between Russia and NATO. This way the Russian Federation shows its readiness to cooperate with the alliance in terms of collective security in the Mediterranean.

Moscow does not rule out the resumption of Russian participation in NATO's operation Active Endeavour. Deputy Foreign Minister Alexander Grushko talked about this shortly before the New Year's holidays.

However, after the Lisbon Summit of NATO where Russian President Dmitry Medvedev participated in November, the relations with the North Atlantic Alliance have undergone significant changes.

"The presence of Medvedev in Lisbon was a demonstration of the importance of Russia, not the adulation before the Euro-Atlantic alliance." This is the opinion of Eric Wahlberg, an analyst of the Australian publication "Australia.TO".

In Lisbon, the Russian President made the following statement before the summit: "Our participation [in the missile defense system] should be absolutely equal. Either we are fully involved, share information, are responsible for solving certain problems, or we do not participate at all. But if we do not participate at all, for obvious reasons, we will be forced to defend ourselves." Dmitry Medvedev also stressed that Russia is not going to participate in NATO missile defense as "a piece of furniture."

"After two years of strained relations between Russia and NATO because of a military conflict in Georgia, NATO decided to retreat either because of pragmatic considerations, or out of fear," commented on the outcome of the Lisbon summit the observer of Time magazine Simon Schuster. During the Lisbon summit, Russian President Dmitry Medvedev was treated like a guest of honor, and NATO has gone unusually far to reassure Russia about the goals and intentions of the alliance.

The alliance invited Russia to participate in the creation of a missile umbrella over Europe, although Russia has always looked at this system as a threat to its own arsenals. And in its new "strategic concept" adopted on November 20 (for the first time in 10 years), the alliance first announced that "NATO is not a threat to Russia".

Speaking about possible resumption of Russian participation in operation Active Endeavour, Alexander Grushko said that "Russia and NATO have an understanding that it is necessary to work "together to eliminate the consequences of the Cold War." In its foreign policy, Russia bases its opinions on the realities, and they are such that the alliance remains an important geopolitical and power factor in the world, affecting the security of the Russian borders as well. Objective parameters of the security in Europe depend heavily on what transformation vector is chosen by NATO..."

Speaking about the practical interaction between Russia and NATO, Grushko noted that in 2011 the parties would cooperate in the non-proliferation of weapons of mass destruction, combating piracy and Afghanistan issues.

In turn, Russian Foreign Minister Sergey Lavrov said that there were signs of the beginning of meaningful cooperation regarding the plan of NATO - Russia Council. Russian Black Sea fleet is involved in counter-terrorist operation Active Endeavour in the Mediterranean Sea, and is fighting piracy near Somalia.

Lavrov made the emphasis on importance of the joint system of radars, whose construction has been nearly completed along the western borders of Russia, "in order to prevent hijacking by terrorists, as well as the continued provision of assistance during floods, fires and man-made disasters".

Russian Foreign Minister said that there were international problems we had different opinions about, and in the presence of a missile defense system "there should be no actions that might adversely affect the legitimate interests of the other party."

Western analysts say that today the alliance no longer dares to challenge Russia on the former Soviet Union territory. Russia has shown that it has not yielded to pressure from the West in its backyard, Simon Schuster wrote in Time. For NATO the assistance that Russia can provide in meeting global challenges - Afghanistan, Iran, North Korea, terrorism - is simply too valuable to risk by going to a confrontation with Moscow over its neighbors. In any case, these are the lessons Russia learned from this.

As for Afghanistan, Moscow has agreed to help with education and training of troops, as well as supplies provision. "We are ready for honest cooperation where our interests coincide," Sergei Lavrov said. "We will assist the countries that have their troops in Afghanistan with the transit, and increase participation in collective efforts to tackle Afghanistan's problems through political means".

The Russian diplomat believes that the cooperation between the CSTO and NATO in fighting terrorism and drug trafficking is a promising area. "Let's hope that common sense will prevail and everyone will understand that it is in the interests of NATO to have constructive relations with Russia," Lavrov stressed.

Resumed participation of the Black Sea Fleet ships in operation Active Endeavour demonstrates willingness of Moscow to move on with such constructive cooperation aimed primarily at ensuring the collective security in the Mediterranean.