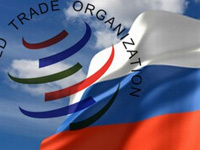 Tbilisi does not know what else to do to get noticed by Moscow so it would relent and finally start talking. The subject of the talks is not that important, it is the fact of talking that matters. In Astana, at the OSCE summit, the attempts of Georgian President Mikhail Saakashvili to meet with Russian leader Dmitry Medvedev have failed. Yet, it would be harder to shy away from the questions of the WTO, thought Georgian officials and made another statement. Allegedly, they are ready to listen to Russia's position. They pricked up their ears to listen what answer would come to them from abroad.

The fact that Russia has steadfastly refused a bilateral meeting does not seem to bother Georgia at all. In order to get to the negotiating table, Georgian officials did not disdain even primitive blackmail. Recently the press-speaker of Georgian Prime Minister Niko Mchedlishvili stated that the Caucasus republic has a certain veto power by which it could significantly interfere with Moscow's intent to get into the World Trade Organization. But we can always negotiate, hinted Mchedlishvili, smiling slyly.

The European Union and the United States of America that have already settled all the pressing issues of the membership with the Russian side are shrugging their shoulders. They do not know what these exclusive rights are that Sakartvelo is talking about. Apparently, this is a great secret known only by Mikheil Saakashvili and those with whom he has deigned to share it. After all, Georgians are the only ones that are not bored with these preschool-level games, because it is the only way they can still draw attention to their intrigues. All other resources have been exhausted.

"Our terms are based not on political but on economic arguments, which implies control of economic borders of member countries of WTO. On this basis, we stipulate a condition to control the transportation of goods around the perimeter of the economic borders of the country, including Psou and the Roksky Tunnel. In regard with this issue, we are ready to listen to the position of the Russian Federation. If Russia wishes to join an international organization, it must obey international rules," said candidate for the permanent representative of the republic into the WTO and Ambassador to Switzerland Zurab Chiaberashvili.

In the case of the WTO, Georgia wants to make Russia yield only on one point. They want Russia to sign a customs control agreement for the internationally recognized border between the two countries. Tbilisi wants the total recognition of the territorial integrity of the Caucasian republic. Moscow will not take back its words on the recognition of the sovereignty of Abkhazia and South Ossetia. Yet, the differences on cross-border issue are not even in the fact that the former Soviet republics are being stubborn about their respective positions. The international community does not know where these recognized borders are located, and this is not a good thing.

It is one issue when Georgia loses all its benchmarks and a completely different one when Western countries are unable to determine whose cooperation is more beneficial for them. On the one hand, Russia is an ally beneficial for Europe. The EU does not seem to have any claims against Russia. On the other hand, the Old World is already so used to living looking up to Washington that the agreement with the U.S. on critical issues became somewhat a reflex.

Most likely, until a unified opinion regarding the foreign policy of Russia and the United States in the South Caucasus is formed, Tbilisi will continue to speculate on WTO and other equally interesting issues. Yet, in the end all wining regarding the Georgian border will go unnoticed. Economic experts believe that Europe and the States would not support the position of the Georgian leadership and will welcome Russia into their arms, without waiting for anyone's consent.

Sakartvelo's supporters made their attempt to attract attention in the hope that the situation that took somewhat dangerous turn for the Caucasus republic can be resolved. They are ready to listen. If Georgia announced that a consensus it its understanding was in something else, there would be no limit to the Kremlin's surprise. Yet, Georgian disregard when Tbilisi is trying to say "welcome" through its clenched teeth will find the only appropriate response - silence.