U.S. pressured Russia on behalf of Visa and Mastercard 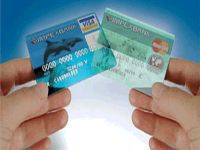 One day after Visa and MasterCard announced the suspension of all payments to Wikileaks, the organization founded by Julian Assange has responded. And its answer could not be otherwise than making public a cable in which two U.S. financial giants are involved. This follows from the cable number 246 424 (February 2010) which reports that there was U.S. pressure on Russia to try to change a bill in the Duma so that the two U.S. credit card companies, Visa and MasterCard, would not be put in a position of disadvantage.

Visa and MasterCard, as well as Amazon and PayPal, which also have cut all ties to the Wikileaks site, have justified their decision to cut off the supply of donations to the organization, ensuring that they had acted illegally when publishing leaks of 250,000 U.S. diplomatic cables.

According to the cable, sent earlier this year by Matias Mitman, a U.S. diplomat specializing in economics and based at the embassy in Moscow, the Russian deputy finance minister, Alexei Savatiuguin, would lead plans to create a new system for credit card payments for which it would collect all the commissions on transactions within Russia, which would mean depriving Visa and MasterCard of a large amount of income from these operations.

Representatives of Visa and MasterCard defined this bill at the U.S. Embassy Russia, as recorded in the cable, like "the last Chinese model" in methods to pay with credit cards. This system would consist of a consortium of Russian state banks that would be responsible for managing the entire process of credit card transactions and collect the commissions, which would be about "4 billion dollars a year." Given these revelations, the Obama administration pressured senior officials the Russian government to 'correct' the difficult situation in which Visa and MasterCard would see reduced computer information of each of the financial transactions that were occurring in Russia.

The diplomat Mitman reported that "the bill has not yet been submitted to the Duma and can still be modified" and requested that a presidential commission of the Obama administration be sent to Russia to address this issue and focus their efforts on establishing a new bilateral commission with the Russian president, Dmitri Medvedev, as part of a realignment of the relations between Russia and the United States. "We recommend that senior officials of the U.S. government also benefit from meetings with their counterparts from Russia, including through a bilateral presidential commission to pressure and to change the text of the law to guarantee that payments to American companies are not affected," concludes the cable.

The Law on the National Payment System was introduced by the Russian Government to the State Duma last month and its first public discussion and voting on the first reading is scheduled for the day after tomorrow, on Friday. The project will be defended before the deputies and by deputy Alexei Savatiuguin himself, who has been responsible for its creation, Rodrigo Fernandez reports.