Russia starts to count its heads 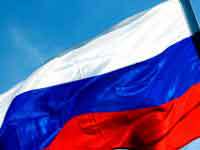 Russia has launched the population census project. The results of the census will be used for economic, financial and political plans of the country. Politicians will study the results to explore their electorate before the elections to the State Duma in 2011.

Many Russians are concerned about the cost of the project wondering how much the state budget will have to spend on the project entirely. Many others are surprises about the fact that the costs on the population census are included in the draft budget for 2011.

Initial results of the population census are said to be exposed in April of 2011. The final results will be made public in the fourth quarter of 2012; their publication will be completed before the end of 2013.

Mass media outlets urge people to check the IDs of census personnel to avoid swindlers. Many criminal incidents were reported in Russia during the previous census of 2002, when "census takers" robbed naïve individuals who agreed to show all their cash that they kept in their homes.