Will Russians ever make as much as Swedes do? 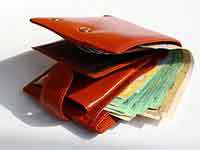 The general welfare of the planet's population has increased by 72 percent during the recent ten years. In Russia, the average level of welfare of an adult individual has had a six-fold increase. However, Russia is still regarded as a poor state. Is there any chance that the Russians will be earning as much as the Swedes, who top welfare ratings?

By the middle of 2010, the personal welfare of the planet's population is evaluated at $200 trillion (nearly four GDPs), the Global Wealth Report said. Each adult individual living on the planet has become 43 percent richer during the recent ten years possessing the assets of $43,800.

The citizens of Australia, China, New Zealand, Poland and Romania have increased the incomes three times. Russia showed the largest growth: the income of Russian citizens has increased six times: from $1,700 to $10,408.

There are exceptions, as usual. In Iceland and Argentina, welfare has dropped by 13 and 43 percent respectively. In Japan, the growth of welfare made up five percent against the background of the growing yen vs. the dollar.

More than two-thirds (68.4 percent) of Earth's entire adult population - 3.038 billion people - are on the bottom of the welfare pyramid. Their wealth totals $8.2 trillion ($4.2 percent of global wealth). Nearly 1.1 billion people hold the wealth of less than $1,000 per person. About 307 million people from the poorest category of world population reside in India.

It is worthy of note that the researchers placed the Russians on the bottom of the pyramid despite the fastest growth of the income level that Russia showed. Russia has the company of former Soviet states, China, Africa's richest nations and the majority of the countries of Latin America, except for Mexico, Chile and Brazil.

Nearly 1.045 billion people (23.5 percent) hold the welfare from $10,000 to $100,000 - 16.5 percent of global wealth ($32.1 trillion). The list of the countries of medium welfare of adult population includes many new EU members - Poland, Hungary, the Czech Republic, Slovakia, Latvia, Lithuania, Estonia, Cyprus - as well as Latin American states - Mexico, Brazil, Chile - and Mideastern states - Lebanon, Saudi Arabia and Bahrain. The maximum share of the population with the medium level of welfare is registered in China - 60 percent of people from this category.

The people with the level of welfare exceeding $1 million live in the United States - 41 percent. There are more than 1,000 billionaires in the world: 500 of them live in North America, 245 - in the Asian Pacific region and 230 - in Europe.

Will Russia ever reach higher levels? Russian financial analyst Anton Safonov said that the growth of income does not necessarily testify to high living standards.

"The Russians spend most of their income on food and housing services, which rise in prices faster than people's salaries do. The income of about 13.9 percent of Russians is lower than the living wage: 5,625 rubles ($187) as of the second quarter of 2010. Their annual income makes up 67,000 rubles ($2,333). The living wage does not take account of housing costs that may reach and even exceed 50 percent of monthly income.

"The Russian government takes measures to overcome the level of poverty in the country. For example, the average level of pensions in the Russian Federation will make up 8,412 rubles ($280) in 2011, which is 50 percent higher than the living wage. This is obviously not enough, but a considerable increase of pensions and the living wage results in higher inflation rates, which is absolutely unacceptable in the current economic situation," the expert said.