Putin for the US Treasury: Russia gives USA a lesson in economic management

Unlike the United States of America, Russia's debt as a percentage of GDP is decreasing while America's is increasing, Russia is selling sovereign debt on the world market while the US sells to the Federal Reserve, Russia is deregulating while the USA is creating agencies. 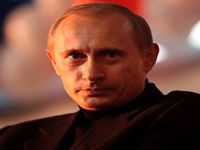 The US-based researcher and writer, Terrence Aym*, in his article "Russia poised to teach US leaders another economic lesson", claims that while Russia is streamlining its economy and expanding, the USA continues to "foray into the minefield of unfounded debt obligations and massive deficits resulting in an expansion of the federal bureaucracy by historic numbers".

The report produced by Terrence Aym compares Russia with the USA and concludes that Russia can teach Washington a thing or two. For instance, while Russia's debt as a percentage of GDP is decreasing, America's is increasing, Russia is selling sovereign debt on the world market while the US sells to the Federal Reserve, Russia is deregulating while the USA is creating agencies. Moreover, Russia is cutting back on the public sector, reducing the public sector workforce by 174,000 as bureaucracy is slashed by 5 per cent in 2010 and 20 per cent by 2013.

The USA, on the other hand, is set to create some 50 to 150 new agencies and offices.

Meanwhile, the report points out, Vladimir Putin is cutting red tape, removing obstacles to the setting up of businesses, deregulating and in the author's opinion, setting Russia on a course similar to the Reaganism of the 1980s, quoting the Russian Prime Minister as stating that "The institution of oversight and control has lost its value", and "For every kilo of meat produced by a farmer there are several kilos of paperwork to be collected".

"Meanwhile," claims the author, "the US trudges onwards towards an economic doomsday and beefs up its command and control structure while preparing to micromanage the economy".

In a final comparison between the two countries, the report concludes that whereas Russia emerges from its recession, the USA is walking headlong towards higher unemployment, a full-blown depression...and sits on a financial black hole of two trillion dollars. As a closing remark, a suggestion:

The real solution, perhaps, should be "hiring Putin away from Russia for any amount of money he wants and placing him in charge of the United States Treasury".