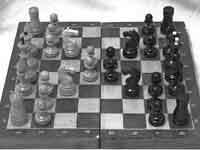 Historians still split in their opinions over the events, which took place on September 28, 1939. That day, 71 years ago, the USSR and Hitler's Germany signed the Boundary and Friendship Treaty, which marked the logic ending of the previously concluded Non-Aggression Pact.

The treaty was signed by foreign ministers of the two countries - Vyacheslav Molotov and Joachim von Ribbentrop.

The official protocol of the treaty regulated the procedure to exchange Soviet and German citizens between two parts of the divided Poland. The document also defined new borders between the USSR and Germany.

However, the treaty had two other secret protocols. They corrected the zones of East European spheres of interests. Lithuania, for example, was handed over to the sphere of interests of the Soviet Union, whereas a big part of the Polish territory was passed from the Soviet Union to Germany. The document also set the obligation of the parties to cease any "Polish agitation" that touched upon the interests of the treaty members.

Nowadays, historians do not pay much attention to this document considering it to be a purely formal act, which was just an addition to the previously signed Non-Aggression Pact. However, not all scientists agree with that. Some of them say that the conclusion of the agreement defined the future of the Second World War.

Who needed that agreement first and foremost? Strange as it may seem - the Soviet Union did. The USSR had found itself in a very tricky situation by September 28, and it was very hard to find a way out of it.

German troops attacked Poland on September 1, 1939, which marked the beginning of WWII. The USSR announced its neutrality immediately, but Red Army units occupied territories of Western Ukraine and Belarus that were the parts of the Polish state.

The situation appeared absurd: officially, the USSR was not at war with either Poland or Germany, but its troops were deployed in another country. No one could understand how the situation was going to develop. The USSR had to outline its intentions, and the Soviet administration eventually offered to sign the above-mentioned treaty.

Modern-day politicians from Poland, Ukraine and the Baltic States say that the agreement officially laid the foundation of the "Soviet occupation" of those territories. However, they disregard the fact that the Polish government could no longer control the territory of its state by that time - Poland no longer existed.

Moreover, many Polish residents started fleeing to the territory occupied by the Red Army, escaping from German troops. Why would they run to the "occupants?" Was it because they did not think of Soviet military men as such in 1939?

As for Lithuania, this country has nothing to complain about because the territory of this republic increased considerably in 1940 after it joined the USSR. The Baltic republics could never defend their independence. If they had not become a part of the Soviet union, they would have become nationals of Nazi Germany, who most likely wouldn't have had the privileges of the Arian race.

Some historians wonder why the Germans agreed to sign the treaty. They could occupy Poland entirely in 1939 and take Lithuania along too. However, that was the time, when German troops were testing new methods of warfare. Such operations could be practiced well on a weaker enemy. The interference of a stronger party, the Soviet troops, was not desired at all.

In addition, the German government was not sure whether the Red Army would find the support of the majority of the Polish population in case of the clash with the USSR. According to memoirs of Field Marshal Erich von Manstein, whole subdivisions of the Polish army were moving to the "Soviet zone" to capitulate in front of the Soviet troops.

Germany was in a complicated situation too. On the one hand, there was the Non-Aggression Pact, on the other hand - there were no guarantees that the Soviet Union would observe it. That is why the Nazi administration elaborated a combination, which could be dubbed as "the eastern gambit."

In game of chess, gambit is a tactic in which a player, most often White, sacrifices material, usually a pawn, with the hope of achieving a resulting advantageous position. A pawn in this particular case is Western Ukraine, Belarus, as well as Lithuania and Bessarabia. The USSR devoured the sacrifice material and it did not even notice that afterwards the situation began to develop in favor of its enemy.

Having obtained the new territories, the Soviet administration began to organize them in Soviet style. They established collective farms there, banned private businesses, launched atheist propaganda and conducted repressions. As a result, the majority of the people living on the new territories of the USSR had grown to hate the Soviet power by 1941.

When the war began on June 22, many locals started deserting the Soviet troops. Everything that happened in 1941 on USSR's new western borders was not incidental. There was not even one defense facility built on the borders, no ammunition and additional hardware had been delivered there. Soviet tanks were left without shells, planes were left without fuel, infantry regiments were left without soldiers.

The eastern gambit was a success. The USSR obtained new territories in 1939 and started the Great Patriotic War being absolutely unprepared for it. German strategists achieved their goal.