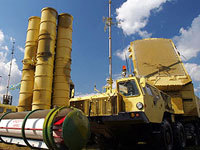 Dmitry Medvedev will chair the session of the commission for modernization of the Russian military and industrial complex on Wednesday, September 22. The Kremlin plans to make the nation's defense complex become the main customer of state-of-the-art technologies.

In the United States, for instance, the defense industry still acts as the basic driving force of the innovative process.

Russia Today: Medvedev to decide on arms shipment to Iran

Defense Minister Anatoly Serdyukov said that Russia considers an opportunity to establish a structure to order state-of-the-art arms. The structure would be similar to the USA's DARPA. Moreover, the minister said that the USA could help Russia with defense technologies meaning that Russia could purchase them from the States.

Serdyukov raised the subject when meeting Robert Gates during his recent visit to Washington.

"We are interested in many things, but mostly in communication means, in everything that has to do with information technologies. We would also be interested in smart arms," the Russian minister said.

In the meantime, it has been reported that Russia has decided to refuse from delivering its S-300 missile systems to Iran because the complexes had fallen under the new sanctions of the UN Security Council against Teheran.

Nikolay Makarov, the head of the General Staff of the Russian Armed Forces, said that the Russian administration had decided to stop the delivery process, Interfax reports. The official did not give a specific answer to the question whether Russia was going to terminate the adequate contract with Iran.

"We will see, it will all depend on how Iran behaves," he said.

Russia has announced its decision not to deliver S-300 systems to Iran at the time, when Iranian President Mahmoud Ahmadinejad was visiting the USA to take part in the Millennium Development Goals conference at the United Nations. The Iranian leader delivered a speech at the conference claiming that if the USA was going to attack Iran, it would result in a limitless war which America had never seen.

Russia signed the contract to deliver S-300 air defense complexes to Iran at the end of 2007. Russia was supposed to deliver five divisions of S-300PMU-1 systems to the country in the total sum of nearly $800 million.

Iran's official news agency IRNA reported in December of 2008 that Moscow had started shipping S-300 spare parts. Afterwards, Russia's Federal Service for Defense Cooperation announced that the information about the deliveries of S-300 systems to Iran was not true to fact.

In October of 2009, Russian news agencies reported that Russia had frozen the S-300 contract with Iran not to anger Western partners. US and Israeli officials said that the Iranians would use the Russian arms to defend their nuclear objects from a possible air strike.

The Russian authorities originally believed that the resolution would not halt the implementation of the S-300 contract with Iran, because the systems, to which the missile complex refers, were not mentioned in the UN list. However, Russian officials had to acknowledge some time later that the new resolution barred the delivery of S-300 systems too.

Sergey Chemezov, the head of Rostekhnologii (Russian Technologies) stated in July 2010 that the contract with Iran had not been terminated. The official said that it could happen only if the president made an adequate decision.