One in every four Russians feed on their parents 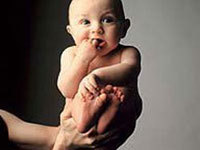 A poll, conducted among 4,000 economically active Russian respondents having parents showed that 18 percent of the polled support their parents financially on a regular basis. Many younger Russians approach this kind of help to their parents as a form of gratitude for love and care that they were given during their childhood and youth.

"I have become what I am today because of my parents" - this is the motto that such people follow when they decide to help their parents financially. Others do it mercifully: "My mother-in-law is 87, and she can not live without support." There are people who help their parents because they take it as their duty: "I must feed them because they used to feed me."

About one-third of the polled Russians said that they support their parents once in a while - 35 percent of male and 30 percent of female respondents. "I plan to do it constantly in the future, but now I try to do it as long as I can," they said.

About 12 percent of the polled support their parents rarely: 14 percent among males and 9 percent among females. In their comments such respondents complain of circumstances which do not let them help their parents properly. "I'm divorced, I raise my kids alone," "I don't have a good job to support my parents," etc.

Nine percent of economically active Russians do not support their parents financially nor do they need any support from them. Those are most often the people from 24 to 29 years of age, and those who make from 30,000 to 40,000 rubles a month ($1,000-$1,300 respectively).

Unlike them, about a quarter of the polled - 26 percent - are in need of financial support from their patents. The number of females among such respondents is much higher than the number of males - 32 vs. 20 percent. Young people below 23 years of age say that they need their parents' financial support, which is quite natural. The respondents, whose monthly income does not exceed the level of 20,000 rubles ($600), depend on their parents financially too. Such people say that their parents help them pay their loans. "I have to pay mortgage. I wouldn't have it without my parents," some of them say.

Some of them treat such a situation negatively and hope that they will be able to improve their financial condition.