The Russian spies, who were taken to Russia after the exchange in Vienna, were placed in quarantine. From the airport, the spies were taken to Moscow's Yasenevo, to the building of External Intelligence Service of the Russian Federation. The suspected spies will be in charge of their own time only in a couple of weeks, after special services find out all they need to know, The Moskovsky Komsomolets newspaper wrote. 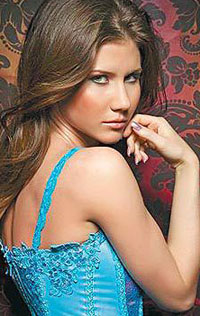 The spies are currently living in departmental hotels of the External Intelligence Service on the closed territory. Their exact whereabouts in Moscow are not known. A source close to the intelligence service told the newspaper that the spies, or special agents, as they are referred to in Russia, are being interrogated. They also take a number of tests, including lie detectors.

If investigators find serious flaws in their intelligence activities, the spies will be fired from the service. If their work is found satisfactory, some of them will be able to continue the service.

As it was reported before, the FBI obtained information about the Russian illegals and put a tail on them in 2000. US media said that the special services had learned about the existence of the spy network from a so-called Russian deserter. Sergei Tretyakov, a former Russian intelligence officer, was suspected of treason after he escaped to the United States in October 2000.

Tretyakov died at 53 on June 13, 2010 of natural causes in his house in Florida. Most likely, he had a heart attack. The circumstances of his death are currently being investigated.

Before he escaped to the USA, Tretyakov served as the deputy resident of the Russian intelligence in New York. He was in charge of secret operation connected with the penetration of illegals in the USA. However, his American biographer Pete Earley said that Tretyakov originally did not know about the group of disclosed spies who were deported from the USA. Therefore, he could not report anything about them.

The Russian special services are only working with the spies, who arrived from Vienna - the services are not interested in the fate of four American spies expelled from Russia as a result of the exchange operation.

The exchange of spies took place last Friday at the airport of Vienna. Two airplanes, a Russian and an American one, landed at the airport. Russia exchanged four US individuals accused of espionage for Western special services to ten Russian nationals suspected of espionage in the USA.