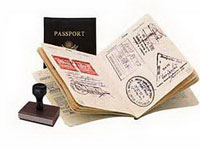 The summit takes place after the approval of the Lisbon Treaty, which replaced the EU Constitution and took the European Union to a new level of integration. The new EU Visa Code was put in effect on April 5th, which introduced uniform rules for issuing visas for entrance to all countries of the Schengen zone.

Russia’s deputy foreign minister Alexander Grushko said prior to the summit in Rostov-on-Don that Russia was intended to discuss the questions related to the visa-free regime with the European Union, to elaborate the adequate “road map” and even determine the date when the introduction of the new visa-free regime could be possible.

“We sincerely believe that it is about time we should find a political solution to this issue. We hope that the summit in Rostov will help us take the talks to a principally new level,” Grushko said. The official added that there were no technical obstacles to cancel visas between Russia and the EU.

However, spokespeople for the European Commission said that they would not be ready to discuss any certain dates for canceling visas. European officials believe that the sides will only discuss the steps that need to be taken in this direction. They added, though, that they shared Russia’s views about the abolishment of the visa regime with Russia.

For the time being, the Europeans are ready to discuss a simplified variant for issuing visas. They refer to the adequate agreement, which was put in effect three years ago. Today, the agreement embraces a narrow circle of people: members of official delegations, participants of cultural, scientific and sports exchange programs, and entrepreneurs. Now it could be possible to extend the list.

The chairman of the European Commission in Moscow, Fernando Valenzuela, was very short-spoken in his comments. He only said that Europe was expecting the appearance of favorable conditions for the introduction of the visa-free regime with Russia. He added that it could be possible to do a lot to simplify the visa regime to make mutual journeys of Russian and European citizens easier and more comfortable.

The official did not say what Russia was supposed to do in this direction. The EU announced its requirements several years ago. It goes about the introduction of biometric passports, the improvement of border and customs control procedures, the creation of the system to inform Interpol of lost documents.

In addition, the Europeans do not like the fact that Russia’s visa regulations for EU citizens are more complicated than the Schengen regulations, which Europe provides for the Russians. For example, foreign citizens must obtain a registration during three workdays after their arrival in Russia. The registration must also be obtained if they travel from one town to another. Russian tourists, European officials believe, can travel across the EU countries freely, and they are not supposed to inform the authorities of that.

We have to acknowledge that some of Europe’s requirements are fair. It can be said about the procedures to improve the border control, for example. On the Russian-Finnish border buses stay on Russia’s territory for three or four hours, whereas the delay in Finland is not longer than 30 minutes. However, Russia’s border with Kazakhstan, which is a cross point for illegal migrants and drug traffickers, remains transparent.

As for the claims regarding the registrations for foreigners in Russia – the European officials are only partly right about it. Indeed, if a foreign citizen moves from one subject of the Russian Federation to another, they have to obtain a new registration repeatedly, whereas in the European Union this registration occurs only once.

However, the words about the free travel in the European Union without the need to inform the authorities are not true to fact. The Russians coming to Europe on private invitations or on business trips must be registered at police agencies during five working days, even if they arrived for only one week.

One may put some more questions to European officials. Why do Russians have to submit earnings records from the place of employment or bank statements to the consulate department? When applying for a Schengen visa, Russian travelers have to provide a paper saying that the booked hotel has been paid for in advance. Isn’t it enough to provide a return ticket which can not be exchanged in Europe?

Russian citizens traveling to Europe can also inquire about the following. Many Russians have to book their place in the line to consulate departments of EU countries nearly one month in advance. Visas to Russia are issued on a first-served basis. It just so happens that those Russians who want to go to Europe have to schedule their lives three months beforehand. They have to forget about everything else if they want to have a European visa.

There are many problems connected with visa regulations between Russia and the European Union, but officials of the Russian administration repeatedly stated that they were ready to discuss all the details. They even offered to discuss certain dates, but the European officials disliked such an offer. They actually deviate from the specific dialogue. Is it about Europe’s concerns about Russia’s politics?