The next meeting of the Civil Society Group within the scope of the US-Russian presidential committee for the development of cooperation will take place in Russia’s city of Vladimir. The participants of the meeting will discuss the issues of penitentiary systems and illegal migration in the two countries. 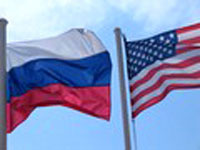 The group is chaired by first deputy head of the administration of the Russian president Vladislav Surkov and special assistant to the US president Michael McFaul.

The previous meeting of the group took place in Washington and was devoted to the issues of anti-corruption struggle and the problems related to the protection of children. The new meeting will be dedicated to the condition of prison inmates in Russia and the USA. This is a highly important issue for both Russia and the USA.

The problems of the penitentiary system in Russia were discussed at a special session of the State Council in 2009. President Dmitry Medvedev said at the meeting that Russia’s Federal Service for Execution of Punishment must take measures to decrease the number of people remaining under custody before court.

Over 858,000 people stay in Russian penitentiary institutions. About 717,000 of them live in correctional colonies, including 46 colonies for women, where 69,000 female convicts serve their punishment. Thirteen female colonies have child care centers. These centers are home for 851 little children (under three years of age) who live there waiting for the day when their mothers are released.

Over 133,000 people are kept in 226 detention centers and 164 premises operating as detention centers in colonies. 2,100 people serve their terms in seven Russian prisons. The Federal Service for Execution of Punishment employs 348,300 people for the above-mentioned amount of prisoners.

In the USA, there were 2 424 279 prison inmates as of the end of 2008. In total, 7.3 million Americans remain in the nation’s penitentiary system. This number includes both prisoners and those released on parole, probation or other forms of supervisory aftercare.

The issue of illegal migration to be discussed at the meeting of the Surkov-McFaul group is also extremely important for both Russia and the United States. There are about three million illegal migrants in Russia. The number is a lot higher in the USA – up to eleven million.

In the USA, the number of illegal migrants varies from 7 to 20 million. Official sources say that the number of migrants makes up 12 million, which is way too much than what the quotas of immigration politics stipulate. This is rather strange for the country which was founded by migrants. However, today America can no longer be a melting pot for such an enormous number of migrants.