In the recent months, a monetary hole in the Greek budget that placed Greece and the entire EU on the brink of a technical default is getting larger. When the Greek realized the extent of the tragedy, they had to humiliate themselves with confessions in their love to live on borrowed money, love to financing state expenses with junk bonds, the lack of resources for paying off their debts, messing with the statistics and other “mischief.” 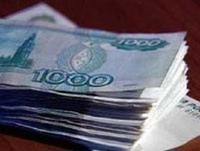 After opening the Greek abscess, Europe gasped. It turned out that 14% of Ella’s state budget, 125% of the GDP of the country’s debt (which is nearly €300 billion in absolute numbers), and necessity in providing an urgent loan of €110 billion is just peanuts compared to other South European “passengers” – Portugal, Spain and, especially, Italy. The problems there are identical to the Greek ones, but at a much higher magnitude. Now all highbrow recommendations to potential bankrupt countries like reduction of state expenses, increase in taxes and reduction of social programs no longer work. They have to be saved, no matter how.

Russia Today: "In Greece we call them the well-known 'unknown people'

Narrow-minded skeptics are gleefully rubbing their hands predicting soon self-elimination of the European currency unit and collapse of the EU. Calm down, colleagues: this scenario seems interesting neither to Europe nor to the US, nor the emerging countries, including Russia. You should know that not only the leading European countries, first of all, Germany and France, but also the American Federal Reserve system participated in the creation of the European stabilization fund. “We shall talk about it at home,” this is the logic of the largest donors, meaning, first we should eliminate the trouble, and only then look for those to blame.

However, for majority of Russians who know about Greece only from school text books and TV news, the current events are equivalent to the discussions like “Is there life on Mars?” Yeah, there are problems in Europe, but why would we care? The crisis is over here, oil prices are getting up, and money is paid on time. But if you think that Russia is a serene port again, think again.

First, a couple words about advantages, or more precisely, an advantage of the Greek crisis. Depreciation of the Euro is beneficial for those lucky ones who can regularly travel to Europe. The Euro has dropped, the prices in the EU are practically unchanged, Mediterranean hotels keep announcing discounts, what more to ask? But here the positive is over, and problems begin.

First of all, the investors Russian government was so proud of are fleeing the emerging markets. A silent witness of the negative trend is RTS index. Watch the trend: during the last month alone, from April 21 to May 21, the Russian stock indicator has dropped by19.4%, while during the same period of the last year it increased by 29.2%. You are asking, where did the investors go? They went into dollars, naturally. This is a normal thing during the crisis.

Second, hopes for the soon restoration of credit financing in the leading European banks dissipated like morning fog. Now Europe does not care about Russia, it will invest neither into Russian private assets, nor into state bonds. The Ministry of Finance has already abandoned its plans to attract foreign lending.

Third, and the most important, is that Russia may repeat Greece’s fate. Today Russia is developing according to the Greek model. The only difference is that no one will save Russia. On the contrary, Russia’s drowning will be assisted by both eastern and western neighbors.

Why am I so pessimistic? That’s because the size of the Russian budget obligations is several times larger than its profits. Not without reason Putin gave an order to urgently inventory proposed budget expenses, exclude auxiliary expenses from the list and minimize budget deficit. Will it work ? Hardly likely .

The algorithm is simple – first a project is created that can attract budget financing. Then approvals of all key power figures are received. Finally, lobbyist and administrative forces capable of getting required money join in. For example, when Abramovich was the governor of Chukotka, he had an entire division of “decision makers” in Moscow whose sole mission was cajoling money.

These days there are no strange people in power. Everyone knows everyone; they network and unite to solve certain business tasks from time to time. How can you refuse people you have known for 20 years and often owe them a favor? You cannot. At the same time, there is not enough money for everyone, the future of oil and gas is uncertain, and external borrowing will not happen to Russia for at least a few years.

You will not be able to fight off your “friends.” The most you can do is to reduce their financial appetites. It is virtually impossible to further milk business because entrepreneurs prefer either toshut down their establishments or transfer them into dormant state. It will not be possible to preserve the reserve fund. In the best case scenario, it will be split up next year, worst case scenario – this year. Europe, on the other hand, is walking completely the opposite path.

Most likely, the government will have to use the Italian financial entertainment called “devaluation.” Italy, before transferring to Euro, preferred to reduce budget deficit by devaluating lira and reducing manufacturing expenses while increasing export.

Russia has plenty of supporters of the Italian financial Merry-go-round, including oil workers, gas workers and metallurgists. Meaning, everyone linked to foreign supplies. We will not talk about social consequences because then we will be told that the second wave of crisis has swept the world, and Russia, as a part of the world economy, has to suffer.