Experts of the Swiss International Business School IMD updated the ratings of competitive ability of world’s leading countries. The USA dropped from the top position of the list for the first time, giving way to Singapore and Hong Kong. Russia also weakened its positions and dropped from the 49th to the 51st place on the list of 58 countries, which marked the worst result for the country since 2006. 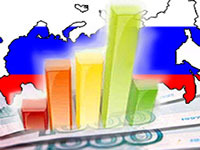 IMD researchers define competitive ability as the ability of countries to create and maintain the environment which helps enterprises form added value and improves the well-being of citizens, Finmarket says.

The list is based on four main criteria: the economic condition, the efficiency of the government, the efficiency of business and the condition of the infrastructure. IMD has been making this rating for 20 years using statistics data and expert opinions in the research.

According to Swiss experts, Russia takes the lowest position among all BRIC countries, to which the nation has been referred recently. China, a dynamically developed nation, took only the 16th place on the list, India was ranked 31st, and Brazil – 38th. Such countries are Slovenia, Bulgaria, Romania, Argentina, Croatia and Ukraine have been left behind Russia’s back. The last position on the list is taken by Venezuela.

Russia ’s regression is explained with the budget deficit, poor collection of taxes, economic orientation on raw materials and the reduction of the inflow of capital, IMD experts said. The Russian position on the list was presumably affected with the low level of the economic diversification (57th place), the growth of the inflation rate (11.7% in 2009, 55th place) and low availability of credit funds for business (55th place). Russia was also ranked 58th on consumer satisfaction, social responsibility, corporate ethics and 54th – on the ability to make innovative products.

One should also mention the leadership on the factors that exert negative influence on completive ability. The experts put Russia on the second place on the extent of bureaucracy and on the third – on the level of corruption. As for Russia’s strong points, the rating indicates Russia’s low state debt (5th place), effectiveness of fiscal policies (14th place), the volume of reserves (3rd place), cheap energy tariffs for companies (4th), and the number of nurses per capita (8th).

The drop of the USA rating was based on the nation’s growing debt and a twofold increase of the budget deficit, although the US economy still remains the world’s strongest.

IMD experts believe that Russia is a sole leader on the growth of the stock market. It is obviously the reverse side of the nation’s weakest position – the low diversification of economy. The growth of world prices on oil triggered the rise of the Russian stock market. Russia also takes the lead on the insignificant tax burden on natural persons. The specialists apparently meant direct taxes.

Here is the top ten of most competitive economies in the world. Singapore, Hong Kong, the USA, Switzerland, Australia, Sweden, Canada, Taiwan, Norway and Malaysia.

One should treat such ratings objectively, though. For example, Greece, which currently edges bankruptcy, climbed from the 52nd to the 46th position. Two other “suspicious” European nations, Italy and Spain, improved their positions too.