Russia and USA Give a Start to New START

The arms reduction treaty signed April 8 between the Russian Federation and the United States of America is not only a start but also a potential gateway to the future. However it is not the be-all and end-all for much depends on Washington’s plans and hidden agenda. Actions speak louder than words. 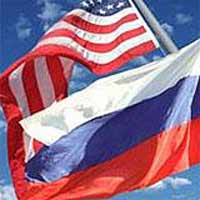 Russia and USA Give a Start to New START

We are not so far away from the Summer of 2008 when it was rumoured the number two in the Bush regime, Richard (also known as Dick) Cheney was pressing to go to war with Russia after Georgia’s unsuccessful murderous act of slaughter against Russian citizens in South Ossetia.

With the election of Barack Obama, things have moved on. Or have they?

The sticky issue here is the planned missile defence shield in territories NATO moved on into after having promised Russia it would not. First the lie, then to rub it in, the insult. Setting up, or planning to set up, missile defence shields, whether in Poland or in the Czech Republic or in Romania or in Bulgaria while negotiating an arms reduction treaty is like shaking the other’s hand with the right hand while the left conceals a knife behind the back.

A telling twist in this curious tale is that Washington has insisted the missile defence shield remain outside the nuclear arms reduction treaty. True, technically the treaty is to reduce the existing stockpiles of nuclear warheads, the new agreement being to reduce from 2,200 to 1,550 warheads apiece.

The quantity of equipment which can deliver such warheads (i.e. number of missiles, aircraft and submarines) is also limited under the agreement.

A tale of two approaches

While Moscow’s approach is to sign the treaty declaring that it sets out the beginning of an agenda for a fresh start in relations with the USA, Washington’s behaviour has been to treat the agreement almost as a frivolity while it insists that its plans to build missile defence shields on Russia’s borders remain outside norms restricting development and deployment of such systems.

This is not the case. As Russian Foreign Minister Sergei Lavrov pointed out, if any US build-up of strategic weaponry considerably affects the status quo at the time, then Russia has the right to abandon the agreement. “Linkage to missile defence is clearly spelled out in the accord and is legally binding,” he states.

So the ball is in Washington’s court. While Moscow signs a peace treaty without any bellicose manoeuvres in the wings, the USA arrogantly insinuates that it has the right to deploy hostile systems on Russia’s borders. Against North Korea, no less.

Goodwill is the key

The fact of the matter is that goodwill is the buzz-word of the day. The citizens of the Russian Federation, just like those of the USA, want to go about their lives, take care of their children, have the chance to develop themselves, or not, and live a happy life with their families. Nobody wants confrontation or war.

While it is patently obvious that Russia has the means to destroy any concentration of NATO troops anywhere near her borders with the push of a button, and indeed to incinerate any missile defence shield and blow a crater 100 kilometers either side of it within seconds, the talk of the day is peace and common plans for a better world. Once again the ball is in Washington’s court.

The Russian authorities have made their goodwill clear. They have stressed that both countries have far more in common than points of difference, they have stressed their friendly stance towards the USA and its citizens and they have left the door open for further negotiations on a number of issues of common interest.