The World Will Never Surrender to Terrorism

The explosions that ripped through the Moscow metro on March 29 made us realize that the terrorist threat is not a matter of the past. 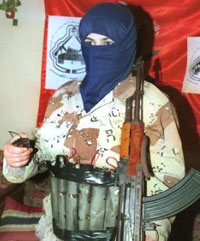 The World Will Never Surrender to Terrorism

Terrorist acts do not have physical damage as their only goal. Terrorists follow their insane and perverted ideas to kill everyone who disagrees with them. They do not distinguish between old or young, military or civil, Orthodox, Christian or Muslim. Those, who send suicide bombers to explode their bombs and kill innocent people, pursue other goals.

A terrorist act is a method, which terrorists use to send their terrible messages to the world. It is a way to humiliate an enemy and demonstrate power. Even if special services have information about a terrorist act, it is very difficult to prevent an extremist attack. Every terrorist act strikes a serious blow on the state.

Any terrorist act is performed to entail a reaction from the general public, from the state and from those, who sympathize with terrorists. The state can make concessions to terrorists as a result of an attack. For example, it happened in Spain, when terrorists exploded a dozen of bombs in commuter trains in Madrid in March 2004. Over 190 people were killed in the attacks. A new government came to power in the country after the attacks and ordered to withdraw Spanish troops from Iraq. Many perceived it as a demonstration of weakness in front of terrorists.

State can show a different reaction and restrict democratic liberties within the scope of struggle against terrorism. If it happens, one can assume that terrorists have reached their goals and transformed the society which they chose to manipulate.

A terrorist threat does not limit itself to human losses only. It triggers xenophobia, suspicion and fear among people of different nationalities and confessions. People must unite in front of a terrorist threat and conduct a dialogue to decrease the efficiency of extremist activities. A dialogue between civilizations is supposed to touch upon the general public, young people, first and foremost, rather than political elites.

There is no universal recipe for the anti-terrorist struggle and there will not be. Terrorism changes all the time and meets the reality of today, not of the past. Blocking financial channels, destroying organized structures and terrorist communication networks is essential. However, a victory in the struggle against terrorist requires a lot more: it should be a victory for people’s minds. Terrorists must not see any conditions which they could use to find their followers.

A war against terrorist is a war of ideas. One must organize ideological resistance to extremism – this is a very extensive work and it takes decades. Muslim leaders must educate people on the attitude of Islam to violence and explain the moral values of Islam to everyone. It would not be an exaggeration to say that it is only Islam that can put an end to extremism.

Ideologists of extremism are good psychologists: they skillfully manipulate the problems, which people have in their lives. They can accentuate, exaggerate and distort such problems for their own needs.

A US researcher once compared the war on terrorism with wars on poverty, criminality and drugs. The enemy in these wars is undefeatable . Probably , it is true . It is quite possible that terrorist violence will always exist in the history of human civilization. If it is impossible to root out terrorism does it mean that there is no use in the anti-terrorist struggle?

Of course, it does not. The world will never surrender to terrorism.

Russia Today: The fight against terrorism has not finished