What the West does Not Want to Hear: Russians Satisfied with Living Standards

Over 95 per cent of stories about Russia in the Western media are at least intrusive and at worst, fraught with insolence. Yesterday, it was absurd lies about the “DePutinization” of Russia, while the fact that Unified Russia (Government Party) enjoys well over three times the popularity of the entire opposition combined went untold. The flavour of the moment today is “pundits” predicting Russia’s marginalization in the world when exactly the opposite is happening. 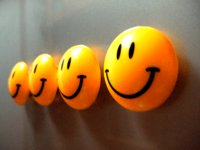 What the West does Not Want to Hear: Russians Satisfied with Living Standards

Flying round the Internet on Tuesday is yet another of those stories which arise from after-dinner speeches. After-dinner speeches differ from post-lunch speeches due to the fact that the alcohol consumed during the day has accumulated and therefore the degree of idiocy is that much higher. People are paid good money to deliver such speeches and, as those of us who have engaged in public speaking know only too well, it is not necessarily a good speech that produces the goods, but rather “what the public wants to hear”.

After all, they paid for it, and they did not pay simply to slurp a bowl of luke-warm, clam chowder, munch on yet another bit-sized chunk of chewy but politically-correct chicken, swallow the eternal sorbet before the most interesting yet unfathomable course of the repast is served – some gooey dessert with a girly-sounding name, before wondering whether the brandies come free with the meal or have to be bought at the bar.

So if the truth is boring, to hell with the truth.

I remember watching several rows of red-cheeked glistening bald heads nodding in delight as some “expert” stated in Middle England during the mid-1980s: “Mikhail Gorbachev will not change anything because he has come from inside the ranks. He will maintain the same course or even go back”. They are paid to say something, so it may as well produce an adrenalin rush, at least to keep the front three rows of the audience from nodding off and snorting as they try to stay on their chairs.

Such is the case with today’s western media. Saying that Russia is affirming itself as it sorts itself out, saying that Russians are happy, is not exactly the sort of thing that people want to hear. Hey, too many jobs depend on gloom and doom stories, so if there has not been a Russian airliner crash for a year or two (let’s forget Boeings are American), if there has not been a burst dam (by the law of averages, Russia having more large-scale constructions than anyone else, sooner or later something is going to give way to wear and tear), then it is the type of story published last week in Nezavisimaya Gazeta (March 5) which took 4 days to hit the Net.

In this yet another after-dinner speech type story, the author Sergei Kulikov quotes ominously from a speech “Within the next five, perhaps ten years, Russia with its resources will not be needed”. (Wow! Will Albania come up with an alternative for all oil and gas by 2015?) and goes on to predict gloomily (to the sheer delight of the readers, bald pates no doubt a-glistening as they chortle over the fourth Port n Dubonnet) “Russia risks being marginalized in the world economy” (so get your skates on, start interfering now and do what you can to make things difficult is the implication?).. And where was this speech delivered? At the Association of European Businesses.

Sorry to be disappointing, but Russia is resurgent

After the Soviet Union dissolved (it did not “collapse” because its voluntary dissolution was catered for in its Constitution) a period of time elapsed in which the 15 States tried different experiments with varying degrees of success until things settled down again. One thing is clear: if the West intended to meddle, divide and take control of Russia’s resources, it failed miserably.

If Russophobic and revisionist regimes were installed in the three Baltic States and in Georgia, so what? Russia never needed these political micro-organisms for anything anyway and as far as revisionism is concerned, the Balts could start with studying their collaborationist contribution during the Great Patriotic War and counting the number of concentration and extermination camps they installed in their territory.

Today, Russia enjoys wholesome and ever-closer economic ties with Belarus and Kazakhstan, Georgia has been neutered and ostracized after its act of mass murder and Ukraine has a sensible and level-headed President as the last remnants of the Orange Revolution are flushed down the drain. The epicentre of the Caucasus conflicts, Chechnya, had its free and fair referendum in which over 95% of the people declared their will to remain inside the Russian Federation. There is really no arguing with that, is there?

Moscow has regained its influence in each and every region of Russia and Russia’s resources are firmly in the hands of Russians, to whom they belong, where they should be.

…and Russians are happy

A recent poll conducted by the insurance company Rosgosstrakh reveals that about 80 per cent of Russians are happy and satisfied with their living standards. A poll among Russian citizens in 138 cities shows that the average satisfaction rate is 78 per cent and that the figures depicting the minimum satisfaction rates exceed 50 per cent.

In conclusion, there are two sets of realities: the real facts and figures pertaining to a successful Russia with excellent international ratings and vast social and economic growth rates – and the after-dinner speech drunken haze of cigar smoke, brandy fumes and what can only be digestive gases, according to the stench from the filth we see and read in the western media.