NATO’s strategy to develop and improve cooperation with Russia seems to work only on paper. The block continues to expand, which raises serious concerns with the Russian administration. 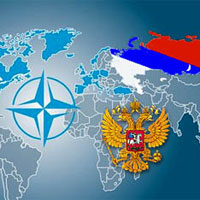 “NATO poses a threat to us today, and it is a very serious threat,” Nikolai Patrushev, the chairman of the Russian Security Council said at a news conference on February 9.

When asked whether Russia could be safer because of NATO expansion, Patrushev said that he doubted that deeply.

The number of NATO members has grown from 12 to 28 states since the collapse of the Warsaw Bloc, the official reminded.

“Moreover, NATO wants other states in too – Georgia and Ukraine, for example. They also can join NATO in the future,” Patrushev said.

He said that it was NATO members that supplied Georgia with arms for its aggression against South Ossetia and Abkhazia in August of 2008. Arms shipments continue still, he said.

“Why are they doing this and for whom? Do they want another attack? If not, then there is no need to ship arms there – we are not going to attack anyone,” the Secretary of the Security Council said.

Russia’s Dmitry Medvedev has recently approved the new Military Doctrine of the Russian Federation. NATO’s Secretary General Anders Fogh Rasmussen stated at a news conference in Munich that Russia’s new doctrine did not reflect the real world. “ NATO is not Russia’s enemy,” he said.

As for Patrushev’s conference, it is worthy of note that he also spoke about another important issue – the Iranian nuclear program.

“Iran says that it is not going to develop nuclear weapons, that its nuclear program is solely peaceful. However, the actions which the country takes at the moment to receive weapons-grade uranium, raise serious concerns with other countries, and these concerns are quite reasonable,” RIA Novosti quoted Patrushev as saying.

USA’s Defense Chief Robert Gates stated that new sanctions would be used against Iran within weeks, not months.