Russian Tourists in India's Goa Pay for Something They Never Expect

The relations between Russia and India have been marred with an incident which occurred to Russian tourists in Goa. The Russian Embassy in India released an official statement December 27 in which it was said that Russia was seriously concerned with the growing number of attacks against the Russian tourists vacationing in India’s Goa. 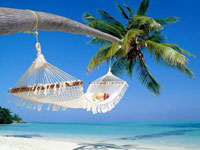 Russian Tourists in India's Goa Pay for Something They Never Expect

A cab driver took two female tourists from Russia to a desolate location at night of December 25 and attempted to rape the women.

“When the driver started threatening us, we left the car running. He had a baseball bat and hit me on the leg with it. We eventually managed to escape. We were knocking on the doors of the houses nearby, but no one opened. Nevertheless, we managed to hide and wait for the sunrise, and then we went to the police,” one of the victims said.

The Indian police originally attempted to misinterpret the case as a trivial conflict between the driver and the passengers, who refused to pay for the ride. In this case, however, the conflict should have taken place near the hotel, where the two women were going.

The scandal in the relations between Russia and India began on December 1, after a 25-year-old Russian woman, an employee of a tourist center, was raped. The woman said that a local politician and entrepreneur, Fernandes, whom she had previously met at a party, offered her a ride home. The woman said that Fernandes took the woman to the beach and raped her there.

The victim went to the police, but they tried to smother up the scandal and represent it an assault case. Police officers reportedly threatened to deprive the victim of her visa if she was going to insist on her version of the incident. The young woman said that the police refused to register her statement, nor did they conduct any medical analyses for the woman. The woman decided to go to the Russian Consulate Office in Goa.

The Russian Embassy in India reminded in the above-mentioned statement that it had still not received the official information about the investigation of this and some other criminal cases committed in India against Russian tourists.

It particularly goes about the mysterious death of a 19-year-old tourist Elena Sukhanova, who died in a car accident. As for incidents of sex crimes, they were discussed in the parliament of India and attracted a lot of attention from the media. An Indian deputy stated that victims of sex crimes let themselves in for trouble.

Russian diplomats responded that they would have to warn Russian tourists against life-threatening situations in Goa.

Goa’s budget receives about 50 percent of its income from the tourist industry. The income may considerably drop if the local authorities do not take efficient measures to minimize the criminal situation.

Russian diplomats clearly said that the situation in Goa undermines the prestige of the world-known tourist destination and ruins its reputation of a popular and safe resort.

Yevgeny Khakimullin, a specialist for India as a tourist destination, said in an interview with Pravda.Ru that the tourists traveling to Goa seek specific entertainment.

“They mostly go there to entertain themselves, they often do drugs there for it and may often regret the consequences. Sexual harassment is considered absolutely normal there, especially when it comes to Russian females. Many of them can be very provocative in their public behavior,” the expert said.