December 2009 marks the beginning of Russia’s economic recovery, with a period of growth signalled by the First Vice-Premier, Igor Shuvalov, who states that the road ahead will be concerned with policies covering socio-economic development. Meanwhile Goldman Sachs claims that Russia’s credit rating should be raised to A and praises the “extremely strong fiscal fundamentals”. 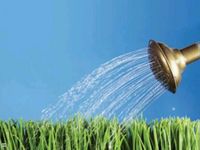 Despite a dismally bleak year in the world financial sector, the Russian Federation ends 2009 looking ahead to a positive, if not prosperous, new year ahead. In an interview with Kommersant newspaper, Russia’s First Vice-Premier, Igor Shuvalov, declared that “We already entered a period of growth…in December 2009”.

The road ahead is to ensure “absolute transparency” in the privatisation of State-owned companies, a move which should prove especially attractive to foreign investors. In an interview with Channel One, Prime Minister Vladimir Putin declared that from January to September, Russia received 35 billion dollars in direct investment, stating that this will bring added value to the sectors in which the investments were made (namely the banking, telecommunications, energy and transport sectors) and “for our part, we will take all the necessary measures to create the best conditions for using the capitals in Russia”.

Russian stocks, the best performers in the world in 2009

The price of Urals crude, Russia’s main money earner, more than doubled in 2009. Vladimir Savrov, Director of Research at the Moscow-based Otkritie Financial Company, declared that with the price of oil maintaining its current trend, Russia will enjoy “a moderate budget deficit, a positive current account, a managed rouble appreciation and disinflation”.

Russian stocks, which were the best performers worldwide in 2009, may rise by another 50 per cent on the back of higher than expected commodity prices, stated Savrov in a report issued this week.

Goldman Sachs: Russia’s credit rating should be upgraded to A

Meanwhile, the “extremely strong fiscal fundamentals” in Russia should, in the opinion of Goldman Sachs, see the country’s credit rating rise three notches to A standard. Goldman Sachs spokespersons Rory MacFarquhar and Anna Zadornova stated to Bloomberg that 2010 should see “one of the most rapid fiscal consolidations in the world” in Russia, while “the economic outlook looks as a whole much less vulnerable now than in December 2008”.

A positive outlook as Russia turns the corner and enters the final stretch of 2009. Sensible management of funds and a stimulation package for diverse economic areas in good time has steered Russia through the storm-waters of the international hurricane. While other economies may be merely basking in the eye of the storm, it appears Russia has only a few ripples to negotiate before reaching calmer seas.