Russia Writes off Other Countries' Debts and Gets Nothing in Return

A few weeks ago, all newspapers were riddled with the announcements that on November 27 Russia would turn another page of its past and put an end to the debts of the country that disappeared from the world map 18 years ago. The Russian Ministry of Finance announced the last stage of settling the commercial debt of the former USSR. After the collapse of the USSR, Russia agreed to take responsibility for the country’s debts. 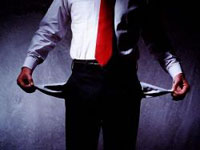 Russia Writes off Other Countries' Debts and Gets Nothing in Return

When Yeltsin, Shushkevich and Kravchuk signed the so called Bialowieza agreement and destroyed the Soviet Union, something had to be done about the USSR debts.

If we look at Russian history, it would be obvious that the national suburbs of Russia were always subsidized. The subsidies were allocated regardless of race to Asian, Caucasus and Baltic territories, both under the Tsar regime and in the USSR. It seems that the solution was simple – if you want to be independent, pay back the subsidies you have received and be independent. It is worth mentioning that the population of both the Caucasus and Baltic republics had always lived better than the population of central Russia.

Naturally, everything was turned upside down. It would have been logical to divide the Soviet Unit debts on the pro-rata basis. Yet, for some reason Yeltsin and his government were happy to accept responsibility for all the debts, and other former republics modestly kept aloof. Since then, the Russian Federation has been carrying the load of the entire former Soviet Union. Now the trumpets are blaring, and soon Russia will finally pay off the debt.

In June of 1999, Koln agreement was signed within the framework of the Paris club. Under this agreement, in 2000 and 2003 Russia wrote off 60-90 percent of debt of a number of countries, including Tanzania, Benin, Mali, Guinea-Bissau, Madagascar, Guinea, Chad, Yemen, Mozambique, Burkina-Faso and Sierra Leone. The countries received extensions for up to 30 years for the remainder of their debts.

It is an interesting situation where Russia is being generous and releasing other countries their debts while not even mentioning getting its own debts written off. It continues to pay tens of billions of dollars for itself and the entire former USSR.

Speaking of the released debt, Russia often mentions that these debts would never be repaid anyway due to insolvency. And so what? It is one thing when the borrowers understand that they owe the money, and even if they are not demanded to repay the debts immediately, theoretically they can be asked to. If the debts are released, it means that there is no point to observe decencies with the creditor and the borrowers can get more loans.

In any case, even a slim chance of getting your money back is better than none.

What does Russia get for writing off other countries debts? Nothing. Why does it continue doing it?

If we look at Russia as a legal successor of the USSR, it turns out that it is owed by many.

Vladlen Sirotkin, a prominent Russian historian and Professor of the Diplomatic Academy of the Russian Foreign Ministry who passed away several years ago wrote in his articles that Russia is owed quite a lot. He said that only in terms of the “military gold” taken out of the country during World War I and Civil Wars (1914-1922), Russia is owed the following amounts by the following countries: Japan - $80 billion; Great Britain - $50 billion; France - $25 billion; the USA - $23 billion; Sweden - $5 billion; Czech Republic - $1 billion. It is worth mentioning that American and British officials have not argued over these numbers but were confused as to why the Russians do not bring this issue to the official level.

In March of 1917 in Vladivostok, Japanese pirates seized the gold excavated at Altai and Baikal mines. No less than ten large ships with Russian gold were sent to the US in 1908-1913 to create the international monetary system, and still remain there.

In January 1917, 150 trunks of personal jewelry belonging to the Tsar family were sent from Murmansk to England. They have been stored in a Scottish castle now owned by Prince Charles for many decades. English Queen Elizabeth II has been witnessed wearing a diadem that was seen on the Russian Empress Alexandra Fyodorovna before January of 1917).

The Bolshevics’ gold served as collateral sent abroad to allow supply of weapons and consumer goods. Because of the Versailles Treaty, foreign partners fulfilled only 20% of their promises.

After World War II, it was the Russian goldthat served as a nominal capital fee for the International Monetary Fund and the World Bank. According to former vice-president Al Gore, the Tsar’s gold is estimated at minimum of $23 billion.

The Paris club should be reminded about 94.5 tons of gold seized by the French that were intended for Germany under the Brest-Litovsk Treaty. Russia can make claims against France amounting to $25 billion.

Speaking with the London club, Russia may mention gold worth $50 billion stored in the English Bank since 1914. Like the Americans, the English have not met their obligations regarding supply of weapons and equipment.

In addition, they went halves with the French and received a half of the gold seized in 1918. However, in 1986 the USSR signed an agreement about settling all mutual claims in terms of finance. For the gold obtained by the English treasury, Russia was released of the Tsar’s debts and liability for the securities issued by the pre-revolution government.

Kolchak’s gold estimated at $80 billion was transferred to a Hong-Kong-Shanghainese bank and two Japanese banks under three financial agreements, and today is kept and Mitsubishi bank. Under the agreement, the gold deposit should be returned in the event that the parties fail to fulfill their obligations. We know that the Japanese party has not fulfilled its obligations.