Good news for the Russian economy as new information shows unexpectedly positive trends, a budget surplus, a growth rate three times that which was expected for 2009 and up to 5% in 2010, a stronger Rouble and solid macro-economic indicators. The future looks suddenly much rosier. 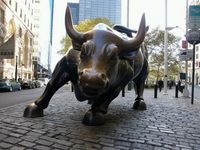 Ten marks out of ten for the Russian government’s handling of the financial crisis from 2007 to 2009, when unprecedented pressures were threatening a meltdown and when the spectre of the economic and financial collapse at the end of the 1990s seemed set to rear its head again.

Not so. A sensible policy of containment of public expenditure, while at the same time a shrewd investment programme (social expenditure) was maintained, protecting large areas of the economy and jobs; this has created a scenario whereby Russia can once again build up a sovereign fund and is looking at surprisingly positive growth rate prospects.

Just two weeks after President Dmitry Medvedev approved the 2010 budget, the Economic Ministry has presented a positive revision of its forecast. This does not mean that the budget will be substantially changed. What it does mean is that the Russian Government will be able to follow its proposed public spending programme while at the same time enjoying higher than expected growth rates, better oil and fiscal revenue and more positive macro-economic indicators, allowing it to once again build up a substantial reserve, or sovereign, fund.

On Thursday Deputy Economy Minister Andrei Klepach stated in his address to the DUMA that there might be a revision of budget parameters as from April 2010, when the 2011 budget is being prepared.