Far from trying to block progress at the Climate Conference in Copenhagen, as some international media outlets predictably claim, Russia is in fact leading the way forward calling for a sustainable agreement upon policy among its partners in the international community and insisting that commitment to established goals is the only way to make sure that the Summit does not fall flat. 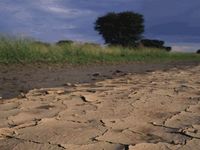 On Monday, President Dmitry Medvedev called upon the USA, Brazil, China and India to make “simultaneous commitments and commitments what we all abide by” to coordinate their efforts to combat climate change. Only through a concerted effort will any progress be made, he added, since “Trying to do this on our own will be fruitless and pointless”.

Russia leads the way at home

While calling on others to make firm commitments, Russia leads the way at home by substantially reducing GEG emissions. Presidential advisor Aleksandr Bedritsky stated at a Press Conference in Copenhagen recently that “We are already doing a lot. Russia leads by the reduction of the man-made impact on climate. The decline in Russian emissions is bigger than in other countries”.

The advisor went further: “Russia has been the leader in the reduction of GEG emissions in the past twenty years…In fact, our industries have switched to modern technologies”.

For this reason, and reasonably, Russia insists upon the unused quotas under the Protocol of Kyoto remaining as part of a new agreement, as Russia pledges to reduce its emissions by 25% of 1990 levels by 2020, a figure comparable to the E.U. member states. Russia also supports the reduction of developed countries’ GEG emissions to between 10 and 40% by 2020 and 50% before 2050.

“Russia took part in the climate negotiations and the drafting of the Protocol of Kyoto from the very start,” claims Dmitry Medvedev, adding that “Russia sets a number of conditions. For instance, the process must be global and involve all countries.”

For Russia’s President, more can be done, namely “we aim to raise the energy efficiency of the Russian economy by 40%, by 2020” while “the share of nuclear energy will be increased by 30%”.

The Russian Federation has also stated it is prepared to help developing countries to reduce their GEG emissions.

Kyoto must remain, commitments must be made and honoured

However, there are two main vectors which have to be respected: First, the notion that previously signed deals and commitments are respected by all and not changed to suit the whims and caprices of a few. Russia has done more than most countries to honour its commitments – its emissions in 2006 were a full 34% below 1990 levels and it is not fair that other countries that have neither ratified Kyoto nor respected its conditions should now call for a new agreement relegating its provisions to the dustbin.

Secondly, only through a firm pledge among all the main players in the international community – and this must include all G8 members, plus the BRIC block – can Copenhagen be relevant.

It may be too early yet to produce a legally binding document, but a political commitment would be a good start. These are the policies which the Russian Federation is striving for. Far from blocking, Russia is leading the way on climate change.