Russia: The Hague Has No Right to Consider Georgia's Lawsuit

Russia believes that the UN International Criminal Court in The Hague does not have the jurisdiction to consider Georgia’s lawsuit against Russia, which the former Soviet republic filed in connection with the armed conflict in August of 2008. 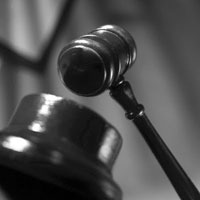 Russia: The Hague Has No Right to Consider Georgia's Lawsuit

“We filed the objections to substantiate the ungrounded nature of Georgia’s accusations against Russia and show that the International Court has no jurisdiction to consider Georgia’s lawsuit,” an official spokesperson for Russia’s Foreign Ministry said.

Now Georgia will have to take Russian’s objections into account and set forth additional thoughts on the matter before March of 2010,” the official added.

The court came into being on 1 July 2002 — the date its founding treaty, the Rome Statute of the International Criminal Court, entered into force — and it can only prosecute crimes committed on or after that date. The official seat of the court is in The Hague, Netherlands, but its proceedings may take place anywhere.

The ICC can generally exercise jurisdiction only in cases where the accused is a national of a state party, the alleged crime took place on the territory of a state party, or a situation is referred to the court by the United Nations Security Council. The court is designed to complement existing national judicial systems: it can exercise its jurisdiction only when national courts are unwilling or unable to investigate or prosecute such crimes. Primary responsibility to investigate and punish crimes is therefore left to individual states.