The West Does Not Need Russia, Whether It Is Weak or Strong

Is there an alternative to cooperation between Russia and the West? This is a good question. Russia was hitting itself against the door of the Euro-Atlantic civilization during the last decade of the 20th century. The only conclusion, to which Russia came, was: closed. We are not welcome there. 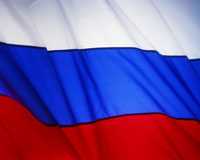 The West Does Not Need Russia, Whether It Is Weak or Strong

Afterwards, during the beginning of the first decade of the 21st century, Russia realized that the West would only tap Russia on the shoulder and merely expect Russia’s integration into the international community – it looks like a road to the Stone Age.

The end of the first decade of the new century brings up old questions. The course on Russia’s modernization requires new technologies. On the one hand, there is no other place but in the West where Russia could take it. On the other hand, our foreign partners, as experience shows, do not hurry to share their technologies with Russia.

Now it is obvious that the whole matter is about big politics. A number of international scandals and economic failures, when Russian companies could not purchase Western assets, make it all clear.

Russia is facing a dilemma again. The West was rather supportive of the politically weak and degrading Russia during the 1990s. That Russia was non-competitive, and Russian entrepreneurs in raspberry jackets and bags of cash could be compared to Somali pirates.

Russia began to rise in the beginning of the new millennium. The Russian business became much more competitive. Many foreign companies changed their attitude to Russian companies over a very short period of time. However, the West started portraying Russia as a country that was on its way back to the totalitarian regime, that it was determined to rattle rusty weapons and retrieve the spirit of the Cold War.

Indeed, the weapons are rusty; the level of the country has not grown much from the point when it became possible to stop the decline during the 1990s. A modernization is vital. However, Russia is not a degrading country anymore, and the West is not happy about it.

Here is the key dilemma which Russia is facing: The West does not need Russia, no matter if Russia is weak, or tries to be stronger, or if Russia makes an attempt – just an attempt - to play common rules of the game. When Russia was weak, the West was praising the nation. When Russia was trying to be stronger, the West began to condemn the country. In general, there was and there is no mutually beneficial cooperation between Russia and the West. Russia and the West can not co-exist.

The West does not need Russia. The West needs Russian resources, which the West would like to swap for food and luxury goods. This is the only successful mechanism – gold in exchange for beads – that works well in the relations between Russia and the West.

Will the Western civilization be ready to share its technologies with Russia?

The sale of Opel was good both for bankrupt GM, for employees of the German car-maker and for the government of Germany. Opel was put up for sale, and Russia’s Sberbank was ready to pay the announced price for the company. Pure market relations.

However, many European observers claimed that Russia had never had purely economic interests, but there was a political component instead. Old World newspapers wrote that Russia intended to buy Opel within the scope of its policies to penetrate into European markets. Eastern Europe was very concerned about Germany’s decision to deal with a bunch of Russian oligarchs. Pure politics.

The deal has not materialized. It’s not the first time, and most likely, not the last. Gazprom’s failure in purchasing gas-distributing companies in Europe and Algeria’s refusal to purchase Russian fighter jets are just a few examples.

President Dmitry Medvedev stated in his recent state-of-the-union address: “Our relations with other countries must help us pursue the goals of Russia’s modernization. We are interested in the inflow of capital in the country, in new technologies and progressive ideas. That is why our foreign politics must be solely pragmatic.”

Now Russia wants to play the rules that are common for all . There is nothing surprising about the politics the goal of which is to solve national problems. It is not about the retrieval of imperial ambitions, and there is no Cold War logic. Russia is simply being pragmatic. Russia needs technologies, and it is ready to pay for them. Market and politics shall not be mixed.