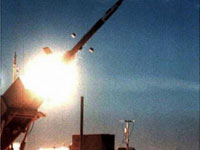 “We know that the US administration has been in contact with its partners, but not only within the circle of NATO members regarding the issue of the revised missile defense plans. We carefully analyze the information about those contacts,” the diplomat said.

“It would be en exaggeration to say that the information, which we receive about some of the contacts, is encouraging. We feel concerned about it because important issues of strategic stability must be considered on the base of partnership,” the Russian official said.

Moscow calls upon the USA and its partners, including non-NATO members, to have a responsible approach to their contacts and public statements, Itar-Tass news agency said.

Ukraine’s Ambassador to the USA, Oleg Shamshur, previously stated that Kiev and Washington were discussing the opportunity for the United States to use Ukrainian radar stations within the scope of the new structure of the US missile defense system in Eastern Europe. US Assistant Secretary of Defense for International Security Affairs Alexander Vershbow also said that America was considering an opportunity to deploy elements of the missile defense system in Ukraine, but the US State Department subsequently rejected his statement.

Russia Today: Change in missile defense plans a trump card up US sleeve