A new version of Russia’s military doctrine will contain details of using nuclear arms when repelling aggression with the use of conventional means of destruction in both large-scale and local armed conflicts. 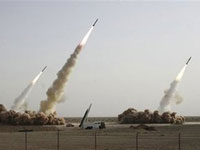 Nikolai Patrushev, the head of Russia’s Security Council, said in an interview with the Izvestia newspaper that Russia would consider an opportunity of using nuclear arms depending on circumstances and intentions of a potential enemy.

“In situations critical for national security, a preventive nuclear strike against the aggressor is not ruled out,” he said.

The section of Russia’s military doctrine about the opportunity to use nuclear weapons was formulated to preserve the status of a nuclear power for the Russian Federation. The document states that Russia can apply nuclear deterrence against potential enemies to prevent aggression against Russia and its allies.

Mr. Patrushev said that the edited version of the military doctrine would be prepared until the end of the year.

“It will be a transparent military doctrine, to let everyone know which security measures we elaborate in Russia and abroad, which goals we have and how we are going to achieve them,” Patrushev said.

The current military doctrine was approved in 2000. It particularly says that Russia is entitled to use nuclear weapons in response to a nuclear attack or an act of a large-scale war against Russia.

US Secretary of State Hillary Clinton said in an interview with Echo of Moscow radio station that the USA did not permit a nuclear first-strike under its own military guidelines.