The performance that happened on October 10 in Zurich, Switzerland, on the top diplomatic level, could easily become the scenario for a Hollywood political thriller. The signing of the document about the normalization of relations between Armenia and Turkey was preceded with four hours of emotional extravaganza: the failed mini concert of classical music, the canceled official dinner and the hand-written note, which literally rescued the final stage of the talks. 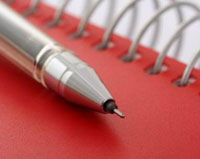 As soon as it became known that Armenia’s and Turkey’s foreign ministers were ready to sign two documents in Zurich to end nearly a century-long conflict between their nations, it was clear that a political action would be inevitable.

Switzerland , as the hosting state, was fully prepared for the historical moment. The document, which was signed in Zurich, will be remembered in history as the Zurich Treaty.

All guests were prepared to participate in the ceremony to sign the documents on the bilateral cooperation between Armenia and Turkey at 3:00 p.m. However, the ceremony would not get started. Swiss musicians were waiting for their time to play a concert of classical music in one room – they were supposed to open and close the official ceremony. The gorgeous official dinner was getting cool in the next room.

A TV set was working in a third room, booked for the Russian delegation. Russia was playing Germany in a football match in Moscow, but it looked like the ceremony was not going to begin.

It was later said that Armenian Prime Minister Edouard Nalbandian continued to insist the issue of the genocide of Armenians in Turkey should not be considered by a special workgroup, as it was stated in the text of Nalbandian’s Turkish counterpart.

Russia ’s and Germany’s national football teams were about to begin the match on Moscow’s Luzhniki Stadium. It had already become clear by that time that the signing of the ceremony was delayed indefinitely. Russia’s Lavrov invited Bernard Kouchner, Xavier Solana and Samuel Zbogar to watch the beginning of the game in the room of the Russian delegation. The ministers accepted the invitation right away.

It was obvious that Armenia and Turkey were about to approach a significant diplomatic disappointment. Sergey Lavrov took a pen and a piece of paper and wrote in English the following words: “Edouard! Accept the ceremony without statements!”

The note was delivered to the addressee – Armenia’s foreign minister. The ceremony began in less than an hour. There was no classical music, no official dinner and no speeches, but the documents were signed. They will come into effect after the parliaments of the two countries ratify them.

This is a totally different story, though.