Russia’s Finance Minister Aleksei Kudrin stopped the decline of the dollar rate in the world. The statement, which the minister released in Italy, made the US currency grow against 15 of world’s 16 basic currencies. 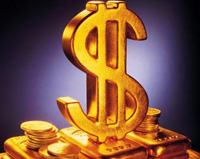 Russia’s international reserves will be kept in US Treasury bonds, and Russia will not be changing the structure of sovereign funds, Mr. Kudrin said at the meeting with G7 finance ministers in Italy, The Kommersant newspaper wrote.

In addition, Aleksey Kudrin refused to discuss anything about the idea of creating new reserve currencies. The minister’s statement was perceived as a refusal to form the plans to diversify international reserves to the detriment of the dollar, Bloomberg said.

Aleksey Kudrin confirmed the status of the dollar as the world reserve currency after his meeting with US Treasury Secretary Timothy Geithner. Kudrin said that he did not discuss the question of selling Russia ’s US Treasury bonds in order to purchase the bonds of the International Monetary Fund.

It is worthy of note that another Russian official, first deputy chairman of the Central Bank of the Russian Federation, Aleksey Ulyukayev, triggered the decline of the US dollar on world markets several days before. “The more opportunities we have to diversify the Russian reserves, the better,” Ulyukayev said.

Ulyukayev said that the Bank of Russia was going to cut the investments in US Treasuries. He also said that Russia ’s Central Bank intended to invest up to $10 billion in the IMF bonds.