Russian President Dmitry Medvedev confirmed the intention of the authorities to ban the gambling business in Russia. Mikhail Mokretsov, the head of Russia’s Federal Tax Service, signed the adequate order immediately after his meeting with Medvedev, The Kommersant newspaper wrote. 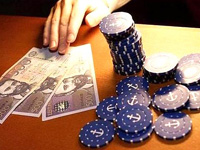 All casinos and gambling bars were ordered to shut down their activities before July 1. Federal Tax Service officers will also take efforts to prevent the appearance of disguised gambling establishments.

Medvedev said on May 6 that the new law would come into force on time. “There will be no way back, no matter how hard certain business structures might lobby such decisions,” the president said.

A casino owner said on conditions of anonymity that the gambling business in Russia was not going to cease its existence. He said that his clients would be comfortably accommodated in clandestine gambling clubs that would be widely available in Moscow and many regions of the country.

Nevertheless, owners of casinos and gambling bars do not have much to choose from. Many of them try to move their businesses to the countries of the former USSR, to the Balkan region and Latin America.