Consumer expectations of the Russian population dropped significantly at the end of 2008. A third of the polled Russians, presumably at their young age, believe that their personal material situation has worsened. However, many of them said that they did not want to economize and refuse from significant purchases, the Russian Statistics Agency said. 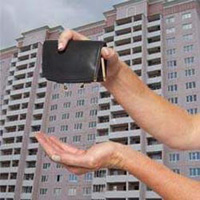 The consumer confidence index dropped in the fourth quarter of 2008 to -20%, which corresponds to the level of the last quarter of 2000 (-17%). However, many Russians are full of optimism. About 15 percent of the polled said that the state of affairs in the Russian economy would change for the better in the nearest future. Thirty-five percent said, though, that they could only expect negative changes to follow. Over 55 percent said that they could see the nation’s economy taking a turn for the worse as a result of the financial crisis.

Younger people feel rather uncomfortable and awkward under the conditions of the economic crisis in Russia, for it became the first time, when they had to face such difficulties. Many of them (aged 16-29) lose their jobs and become unemployed having no savings at all. The consumer confidence index dropped by 18 percent in this category. Older people (aged 50 and older) are much more confident in their present and future owing to their life experience.

The Russians are more confident than the Europeans despite pessimistic consumer expectations. The consumer confidence index dropped by 20 percent in Russia, whereas in Britain, Italy and Slovakia the index dropped by nearly 26 percent, according to Business and Consumer Survey Results said. The index dropped by 43 percent in Spain, by 47 percent in Portugal and by almost 55 percent in Hungary and Greece. Consumers in Austria, Germany, the Netherlands, the Czech Republic and Poland are more confident than the Russians – a 13-percent reduction of the index was registered there. The Swedes and the Finns stay absolutely calm against such a background and had their consumer confidence index decreased by 7 and 2 percent respectively.