Russian Intelligence Analysts are reporting today that American War Leaders have 'suicided' one of their Top US Air Force Officials Charles D. Riechers as the rift growing between the US War Leaders and their Top Military Officers over a nuclear attack on Iran appears to be nearing open warfare. 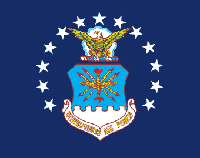 According to Western propaganda media sources, Charles D. Riechers was 'found dead of apparent suicide' after coming under the scrutiny of the United States Senate for alleged payments being made to him by the Commonwealth Research Institute, whose parent company is Concurrent Technologies, and which is headed by the secretive Neocon financier of America's top War Leaders, Daniel R. DeVos. [Note: Daniel R. DeVos frequently refers to himself by his middle name Richard and is not to be confused with the American billionaire Dick DeVos]

These reports to the Kremlin, however, state that Mr. Riechers' 'suicide' was, most likely, due to his involvement in the American Neocon plot to secret US nuclear missiles outside of the control of the
US Air Force to be used for an attack upon Iran, and which we had previously reported on in our September 20th report titled "American Spy Satellite Downed In Peru As US Nuclear Attack On Iran Thwarted".

Such is the chaos in the American Military Establishment over their War Leaders plans to attack Iran the US Military is said to be close to 'open revolt', according to these reports and as we can read as verified by German media sources:
"In an interview with SPIEGEL ONLINE, the Amsterdam-based military historian Gabriel Kolko talks about the prospect of war with Iran and argues that many in the US military now view the White House as being 'out of control.'

So concerned with the American military calling their own War Leaders 'out of control', President Putin, currently on an official state visit to Iran, has ordered Russia's Strategic Nuclear Bombers on 'full alert' and ordered them to begin World-Wide 'exercises' for the rest of the month of October.

To the depths of depravity that the United States has fallen to, no less than Americas most 'trusted' news source, The New York Times, this week compared themselves to last centuries Nazi Empire, and as we can read:

"Our humanity has been compromised by those who use Gestapo tactics in our war. The longer we stand idly by while they do so, the more we resemble those "good Germans" who professed ignorance of their own Gestapo. It's up to us to wake up our somnambulant Congress to challenge administration policy every day. Let the war's last supporters filibuster all night if they want to. There is nothing left to lose except whatever remains of our country's good name."

In the madness of war and horrific destruction being visited upon the Muslim peoples of the World by the United States, and its dwindling allies, it is interesting, but sad, to note how far these once free people fallen in barely 100 years from their truest ideas as a new war with Iran looms before them , and as we can read:

"As President Theodore Roosevelt said in his 1906 State of the Union address, "No man can take part in the torture of a human being without having his own moral nature permanently lowered."