When silence is deadly

At the beginning of the Third Millennium, when race, creed and sexuality should be a question of basic human rights or cause for enrichment through inter-exchange of ideas and not discrimination, 18 homosexuals in Nigeria are awaiting their fate, which may be a one year prison sentence and 30 lashes of the whip. For dressing as women. 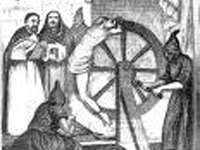 When silence is deadly

While the 18 suspects escaped a possible sentence of stoning to death under the Sharia law operating in the northern states, because the charge was reduced from sodomy, the fact remains that the initial report erroneously filed by the Nigerian police stated the men were “dressed in women’s fashion practising sodomy as their profession”. As it is, simply for dressing as women, the 18 men face a possible one-year prison sentence and 30 lashes of the whip.

Arrested at the beginning of August in Bauchi State, Northern Nigeria, the 18 suspects were accused of violating Section 372, Sub Section 2 (E) of Bauchi State Sharia’ah Penal Code Law. They had been arrested at a hotel in Bauchi, the capital city of the state, wearing women’s attire attending a marriage ceremony between a gay couple.

Pandemonium ensued on 21st August when the men were presented before the Tudin Alkali Area Court, Bauchi and seven were granted bail, which was taken as a sign of excessive leniency among the mainly Moslem crowd gathered outside the courtroom. Enraged, many youths started throwing stones at the suspects as they were being taken back to jail.

The case was adjourned by Judge Alhaji Tanimu Abubakar until September 13th for the prosecution to gather more evidence, after he stated the original police report was erroneous, there having been no evidence of the practice of sodomy, since the men concerned were arrested simply for wearing female clothing.

However, if an element of sodomy (practising sexual relations between males) is introduced into the case, the men could be sentenced to death by stoning. While this remains unlikely, since the case was taken away from the police and controlled by the Bauchi State Ministry of Justice, which dropped the sodomy charges, the fact remains that the basic human rights of 18 men stand to be violated.

Appeals have been made for organisms representing basic human rights to publicise the case and to bring pressure on the Nigerian government to change the homophobic laws in force in its northern provinces. How can Nigeria be part of a civilised international community when a man can be sentenced to prison and whipped for dressing as he pleases?