The space for the Left in the current political environment

That the left-wing political aspirations of yesteryear were raised to the pinnacles of success by generations of selfless, heroic activists, let there be no doubt. However, in the aftermath of this tremendous, historic victory – a breakthrough for Humankind – who is galvanising the political left today, where is the bond that unites its movements, the only chance it has to survive and present a credible alternative for a governance which respects basic human rights today? 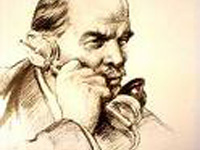 The space for the Left in the current political environment

Defining the political Left and Right

Nurturing means government interventionism (after all, what is a government elected for?), it means the implementation of checks and balances to make sure that a clique of elitists does not govern an economy, it involves a high degree of responsibility in economic planning, which passes by a naturally highest possible profile designated to a spatial planning ministry (today relegated to minor secretary of state status in most countries). Nurturing means guaranteeing basic human rights to education, healthcare, housing, employment, leisure activities and a decent retirement pension.

The excuse that human activity should be governed by human nature is the most basic error expounded by the Right, seized upon by criminal elements within all human societies which try to rule through division, symbolic control and coertion. The “nature” approach tries to justify the most base, animal instincts in governance, as in the law of the jungle, from which Humankind, driven by the Left, has been trying to escape for centuries.

The “nature” or “rightist” approach tries to protect the vested interests of the moneyed or propertied classes, hiding behind theories of individual responsibility (within a heavily loaded famework); laissez-faire, without placing the proper checks to guarantee equality; privatization, heavily weighed in favour of capitalist elitists, favouring outsourcing (an excuse for cutting jobs and limiting employment contracts) and basically creating all the conditions for a domination of society by those who hold all the keys to wealth and power.

Failure of the Left

Given the precepts above, it would seem illogical for the Left to be out of power...but it is. Perhaps the greatest enemy of the political Left is its innate fragmentation, whereby activists assume infantile positions more befitting spoilt brats, refusing to dialogue with those who stand by different ideas, refusing to take part in debates where supposed “enemies” will be present, even if these are defenders of alternative Leftist positions.

The result is that those who were elected to represent the “people” (Leftist movements), usually in a minority, fail to represent anything but their own interests, and meanwhile the Right manages to infect the foundations of Socialism like maggots, introducing into the hearts and minds of the internatinal community the notion that the bottom line of accounts is more important than human value.

True, the caitalist-monetarist model spent trillions of USD trying to sabotage the Leftist projects, complete with assassination attempts, economic, state and political terrorism and the worst kind of policies which always protected the moneyed classes (usually gravitating around the centres of power) and never the people.

Failure of the Right

Rightist and centre-rightist policies in the majority of states today have led to a situation whereby basic healthcare and education are a question of monetary power. Gone is the concept whereby an education was provided by the State – basic degree courses, Masters´courses and doctorates are today a question of negotiation and not a birthright. Gone is the right to a house, to a job, to a salary. More and more, temporary employment contracts create pseudo-figures to satisfy pseudo-officials in some grey pseudo-governmental environment which protects the interests of the invisible barons who perpetuate such organisms to maintain the jobs for the boys.

Dental care is no longer a birthright, and more and more adults die as a result of infections from blood poisoning due to bad teeth. Patients are treated according to strict monetary guidelines and not the Hipocratic Oath. Job security is non-existent. Crime is rampant. Insecurity breeds stress and bad quality of life. The laws of nature, the laws of the jungle. This is what the Right stands for. It simply does not work.

To claim that the Left does not work and that the Right is the only viable alternative, is basically an insult to human intelligence. The Left can work, after all Leftist governmental theories guarantee schooling, healthcare, employment, leisure activities, housing, basic needs, transportation and pensions and Rightist government practices have proved to be the enemies of all these basic and fundamental rights.

What the Left needs to do is to create space for openness and dialogue, a frank examination of criteria in the public interest and not the private domain of the intellectuals who have destroyed the Leftist cause and the ability to communicate to the public that to vote Communist does not mean eating babies at breakfast or throwing people out of their homes.

What the Left needs today is to launch an internationalist approach to policy in a global environment of ever more common values, reaching the hearts and minds of the average citizen and naturally, the Leftist ideals are more attractive than those expounded by the Right.

The notion of a New Left must necessarily begin with a thorough examination of the causes of the failure of the Left as we see it today. How is it possible for Rightist governments to take away and systematically attack the heroic gains of the last two centuries, in a world where war crimes, torture and rape are committed, and the culprits go unpunished...or worse, preen themselves on TV while everyone applauds and votes them back into power?

It is possible only because those who lead the Left are inept, inconsequential and incompetent intellectuals whose grasp of real life is confined to a breakfast served on a silver platter, lunch in a comfortable club and dinner in an expensive restaurant, paid for by the “idiots” who support their causes.

Marxism-Leninism is a very broad concept, but the underlying tone of it is that the real power must always be in the hands of the masses. This can only be the result of human beings standing up for their basic human rights. In today’s world, violent revolutionary overthrow of the capitalist oligarchs does not make sense (although the precept remains valid). However, dialogue, discourse, political activation of the population and the instigation of a desire to demand what is right and basic human rights is a valid starting point for future Leftist leaders.