How can this go on?

How can we call ourselves civilised when the developed world tucks happily into its turkeys this Christmas in an overdose of calories, while hundreds of billions of dollars are spent on weapons systems to kill fellow human beings and no less than 21 million people are without enough food in Africa? 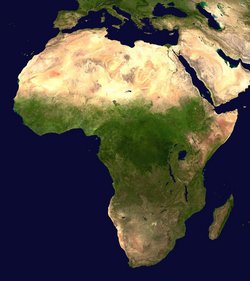 Year in, year out the same charade goes on with the international community promising everything when the cameras are turned on and the golden smiles precede the golden handshakes but as soon as the spotlight is off, a collective sigh is heard and everything returns to square one. Let us analyse the plight of developing countries at the end of 2005 after Gleneagles and the WTO meeting in Hong Kong. The practical results are zero.

In southern Africa, 12 million people are dependent on food aid in Zimbabwe and Malawi, according to the World Food Programme, which claims yet again that pledges made by the international community have not been met.

Three and a half million people in Kenya and Somalia are starving because of a drought, causing a high malnutrition rate, especially among children.

1.4 million people need food aid in Eritrea and 3.8 million need emergency food relief in Ethiopia, while other areas of Africa report dangerously low stocks and predict looming crises in the near future.

Meanwhile what does the west do? First, it derides the problems as having been caused by mankind – through war and corruption, when this is only partially true. Africa is a vast continent with some areas enjoying favourable climatic conditions and fertile soils, while others have some of the most inhospitable terrain on the planet.

Meanwhile African producers are forced to turn to subsistence farming due to the impossibility of competing with the developed world which imposes tariffs on African imports and provides subsidies to its own producers, while refusing to compensate the millions of people rendered hungry as a direct consequence of this practice.

How can anyone in the developed world feel good this Christmas while having an overdose of calories and getting even fatter while almost twenty-one million people, most of them children, are shivering hungrily in the cold. These people would dream about receiving the scraps we throw away from our tables.