Is the WTO an institution which protects free trading principles among its members, providing them with an equal basis, or is it an exclusive club which protects the haves against the have-nots?

The World Trade Organization describes itself as a forum for free trading principles. This is the theory. But in practice, its operating procedures, which allow subsidies to be provided to producers, and which allow tariffs to be imposed on imports, give an unfair advantage to the manufacturer in developed countries and make sure that the producers in developing countries are kept out of the markets and held down.

One look at the WTO statutes, namely the chapter on “Promoting Fair Competition”, provides a confusing message as to whether this organization is serious about promoting free trading practices:

“The WTO is sometimes described as a “free trade” institution, but that is not entirely accurate. The system does allow tariffs and, in limited circumstances, other forms of protection. More accurately, it is a system of rules dedicated to open, fair and undistorted competition.” 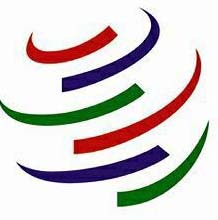 If it allows tariffs and protection, how can it be dedicated to open and fair competition?

From wealth to poverty

In a meeting of African cotton producers preparing for the WTO meeting on 13th to 18th December in Hong Kong, President Amadou Toumani Toure of Mali declared in Dakar, Senegal that “Some years ago, cotton for us was a source of wealth, but these days it has become our burden, a cause of poverty.”

This declaration was made in the White Paper on Cotton, a forum for the representatives of ten million people in western and Central Africa who could lose their livelihoods if the developed nations continue to unfairly manipulate the market.

Inequalities in trading practices are creating a scenario which favours the western producers. In 2001, the prices for “white gold” (cotton) reached their lowest point in three decades, this being the result of unequal  “free” trading practices.

While the IMF and World Bank force developing countries to reduce support in terms of subsidies to small producers as they implement liberalized economic packages in return for financing, the same restrictions do not apply to the USA or E.U. who continue to provide massive subsidies for producers. Between 1999 and 2003, the US government gave cotton producers 12.47 billion USD in subsidies (three times the budget of the US AID Development Agency). The USA produces 40% of the world's cotton, yet provides almost 70% of the world's cotton subsidies to its producers.

As for the European Union, its 2.5% of the cotton market is kept going by almost 20% of the world's subsidies in the market. Together, the USA and E.U. are responsible for attributing 90% of subsidies which protect a market that furnishes less than half the world's cotton production. Is this “open, fair and undistorted competition?”

The effect of subsidies

The subsidies provided by western governments to their producers lead to over-production, which in return lowers the price of cotton, benefiting those who receive the subsidies and ruining those who try to compete on the WTO's terms of “open, fair and undistorted competition.” This has led to a situation in which hundreds of firms engaged in the cotton industry in 13 African countries are facing bankruptcy.

According to the UNO, at least ten million people in Benin, Burkina Faso, Cameroon, Central African republic, Chad, Ghana, Guinea, Ivory Coast, Mali, Niger, Nigeria, Senegal and Togo are at risk of losing their jobs and therefore the livelihoods of their families. Ten million jobs could represent indirect consequences for a hundred million people.

The attitude of the cotton producers in the developed nations

The African producers have not been inactive. In the Cancun discussions of the WTO in 2003, a number of West African States requested the USA and E.U. to reduce their level of subsidies. The result was that the USA and E.U. refused to reduce subsidies and also to provide compensation for the damages resulting from this policy.

The only thing between ruin and survival is a change of opinion and attitude by the western producers, namely providing compensation for Western and Central African producers.

To avoid being accused of hypocrisy and deceitfulness, the developed nations need to address the need to put into practice what they preach at the WTO, namely “open, fair and undistorted competition.” To do this, they have to abolish subsidies which create an unfair advantage for their own producers, and/or compensate the producers they are affecting with this closed, unfair and distorted policy.

In today's world, it is totally unacceptable that nations which provide unfair advantages for non-competitive producers over competitive ones, the ones who meet the theoretical requirements of the WTO, should be allowed to continue the charade, which smacks of colonialism.