Good news everybody. We can sleep better tonight knowing the race problem is finally solved. It was Imus! Who knew? Now he’s out of a job. He can’t corrupt anybody with his evil words, and Happy Days are here again! Or maybe not. Unless you’ve just arrived from a distant planet, you’re aware of legendary media figure Don Imus and his recent “racial slur” against a woman’s basketball team. This ill considered attempt at humor called forth an avalanche of hypocrisy. 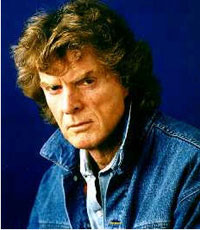 Demonstrations in the streets. Every wannabe pundit in the country calling for blood. Religious leaders demanding his job. Civil right leaders screaming for justice. Figures like Al Sharpton and Jesse Jackson electing themselves Czars of the Truth Police.

Hillary Clinton called for the scalp of the beleaguered talk show host and Barack Obama demanded unemployment status. Both Hillary and Obama might be better advised to attend to their real agendas of representing the interests of Israel. If the reference is unfamiliar, check out their recent AIPAC conference performances. Even Condoleezza Rice took time from her busy schedule of bribing and threatening foreign leaders to weigh in, calling for the head of Don Imus. But despite the feeding frenzy, nothing worked until NBC and CBS found themselves the victims of economic blackmail. When advertisers started deserting, they lost no time in firing Mr. Imus.

Now, you can sip your Folgers coffee (from Procter & Gamble, a deserting advertiser) and contemplate which freedom you’ll lose next. And Don Imus fans who happen to drive General Motors vehicles (another deserter) might have mixed feelings about the forthcoming bankruptcy of that once respected institution.

Remember Archie Bunker, Carroll O’Connor’s character on All In The Family? That was the highest rated TV sitcom for five years in the seventies. Bunker was abusive of every sex, race, creed, religion, every type of group and individual imaginable. He was the personification of bigotry, but people loved the show because he was portrayed as being basically a decent guy who was not at all motivated by malice.

Much like Don Imus - until today. Where was Al Sharpton back then? Where was Jesse Jackson? What a difference when the First Amendment still had meaning. What a difference without the Thought Police! Now, dying kids - including black and disadvantaged kids - will have to endure their final days without benefit of the Imus ranch for kids with cancer. Now, veterans will have to continue suffering from governmental disinterest, avarice and abuse without their champion for better treatment. Now, any number of charities will have to survive without the millions raised for them by Don Imus. Good deeds no longer matter. Not if your words can be construed as offensive to someone.

Sometime, when you have nothing better to do, check out the lyrics of a song called “It’s Hard Out Here for a Pimp.” This obscenity won an Academy Award for Best Song of 2005. Best Song! Unbelievable. Don Imus used the term “nappy headed hos” which could be considered a nursery rhyme in comparison.

The “...Pimp” song, by the way, is a perfect example of something that would be banned in China. The Chinese, unlike Americans, are concerned about the corruption of their children. And I won’t even get started about the Academy Awards, other that to suggest that you consider the makeup of the whole Hollywood industry. What is the real agenda? Cui Bono? Who benefits from portraying pornography and violence as acceptable behavior?

Don Imus, of course, can’t be excused for his ill-considered comment, although it was said without malice as an attempt at humor. But in the grand scheme of things, those 3 little words didn’t warrant the hypocritical display of righteous indignation we all witnessed. One revealing aspect: it showcased the shallow character of more than one, until now, respected commentator. But Imus apologized, his apology was accepted, and commentators now speak about a coming race dialogue. We could have had one - a long overdue one that might have benefited everyone. Sorry, it’s too late. We lost that opportunity when the focus turned to punishing Don Imus, rather than the merits of his comment.

We’ll have a dialogue, alright. But it will only lead to further polarization. One side will represent the “racial offense” and the other side, freedom of speech. Thanks Mr. Sharpton, Mr. Jackson, Mr Roker!, Mr. Obama, et al. You’ve managed to setback racial relations more than you know.

We’ll all pay the price. The First Amendment to the Constitution is part of the Bill of Rights protecting freedom of speech, a freedom we’re very much in danger of losing. Some might say it’s already lost. When the same words used by Imus, and much worse, are used and accepted daily by the entertainment industry,the Imusincident becomes very much a freedom of speech issue, protestations to the contrary notwithstanding.

Political correctness rules the day. Do you remember when it was alright to wish someone a Merry Christmas? Now, wishing anyone anything other than Happy Holidays will attract alarmed glances, as if you might have an ulterior motive.

You can’t say anything to anyone who might take offense. You can’t criticize blacks, women, gays, Catholics, Jews, Muslims - no, wait. Since our enlightened leaders declared war against Islam, we’ve been encouraged to consider every Muslim a potential terrorist. But perhaps I should be more circumspect in my comments. Thought Police actually exist – and I could find myself on a list somewhere - or worse - just for pointing that out. I could find myself on a forced vacation at our Guantanamo concentration camp hotel. More than a few people are giving up years of their lives behind bars, just for expressing an opinion.

Lessons learned? Keep your thoughts to yourself if you plan on enjoying what remnants of freedom you have left. Like Imus, you could find yourself out of a job. Interesting, isn’t it? People like Al “Tawana Brawley” Sharpton and Jesse “Hymietown” Jackson, in all their arrogance and hypocrisy and lack of any semblance of credibility, actually have the power to control whether or not you keep your job! If we let people like this become the arbiters of what we can or cannot say, we are all in serious trouble.

Another lesson: money talks. Imus was called every name in the book by every hypocrite in the country. But it wasn’t until the advertisers were pressured to desert, that NBC and CBS realized the effect on their bottom line - and Imus got the ax. Posthaste. Don Imus became the latest victim to political correctness. He won’t be the last. Our freedoms are disappearing so fast, it’s becoming hard to remember just how much we have lost. Remember when government actually represented the will of the people? Seems like a lifetime ago. Now, thanks to Abu Ghraib and Guantanamo and the legalization of torture; thanks to the destruction of country after country and the murders of hundreds of thousands, actually millions, of innocent people - and for any number of other reasons - imperial America has become the most feared and hated country in the world.

Like the oblivious citizens of Germany in the thirties, I think we’re about to pay a price. We can just sit back and accept one rigged election after another - amuse ourselves with TV hysteria about an imaginary war on terror (I guess the war on bad manners is next) - we can ignore the self-destruction of this once great country by turning our attention to the force-fed feigned indignation about an ageing so-called “shock jock” radio host’s momentary indiscretion. Or, we can try to stop, or at least slow down, our headlong slide into Orwell’s mad universe. How? I can’t think of any legal way to do it. Don’t even bother trying to contact your elected representatives. Here’s a news flash: they no longer represent you. They represent the interests of a foreign country. Vote the bastards out? What a joke. What clones would replace them? Want to know the winners of the next election? Ask the makers of Diebold voting machines.

Imus, we’ll miss you. You were a welcome relief to the programmed pablum that passes for news and entertainment out here in sheepleland. Happy trails, old friend. You won’t be forgotten. Now it’s time to turn our attention to other things. Like preparing for the forthcoming war with Iran. I think of it as being the last war. Oh yes, it’s very much on schedule and preparations are almost complete. Here’s another news flash: while our controlled media beats the drums for war, they neglect to mention one very important fact.

America has become quite proficient at destroying defenseless countries. But waging war against a country that can fight back is something else. When we go to war against Iran, we’ll be facing retaliation from at least 2 other countries. And despite the fact that we’re still a so-called superpower, at least in the area of weapons of mass destruction, I don’t think it’s possible for us to defeat Iran - and China and Russia at the same time. We will indeed pay a price, as will most of the world. Cui Bono? The same people who benefited from our proxy war in Iraq. But this time, barring some unforeseen miracle, I think we’ll all be losers, and in ways you can’t even begin to imagine.

If the stench of hypocrisy about the Imus incident becomes unbearable, just pick up a gas mask until it blows over. And you might want to pick up a Geiger counter and some potassium iodide pills while you’re out. Welcome to 1984.

Otto King
Used with the permission of the author