The treatment meted out by the western Press over the Litvinenko case is utterly predictable and a shocking and chilling example of how anti-Russian those responsible for perpetuating the Cold War myth remain. When the West needed Russia in two World Wars, Russia gave up the blood of 32,350,000 of her sons and daughters. And now we are speaking about London and Moscow, what about the terrorist Zakaev, walking free in London while the parents of Beslan mourn their children? 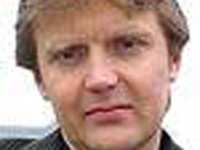 Russia shed her blood for what? To earn a constant barrage of anti-Russian stories, whipping up sentiment to serve as a ploy to create the “them” to justify the “us”. However old and worn the “Russians under your beds” story is, it still works for a gullible reading public which laps up “Spanking Sarah” stories and then curls up giggling to the sound of farts and belches on the Simpsons.

The reaction to the health crisis of ex-FSB Colonel Aleksandr Litvinenko is a classic case of anti-Russian hysteria. This man fled from Russia after compromising his own side by revealing sentitive material, so sensitive that the US authorities had asked their counterparts in Britain, where Litvinenko is hiding, for data on how much material he revealed.

So what happens? The authorities of Russia, the country which willingly mobilised 12 million soldiers for the First World War, suffering 9.15 million casualties (1.7m killed, 4.9m wounded, 2.5 million p.o.w. or missing) and which lost 23,200,000 of its citizens in defeating Hitler, is immediately blamed.

Blamed how? At first, reports that he was “deliberately” poisoned with thallium, in the words of Professor John Henry, who had “no doubt” that this heavy metal was administered to Litvinenko around 1st November. Strange. Why 1st November? The effects of thallium poisoning take between 12 to 48 hours to appear.

Meanwhile, University College Hospital (UCR) consultant Dr. Amit Nathwani was stating that “Litvinenko may not have been poisoned with thallium” because the symptoms pointed towards an “unlikely” administration of the metal. As for radioactive thallium, “not all of his signs and symptoms are consistent with radiation toxicity”, stated the UCR Trust. Geoff Belligan, critical care director of UCR now states that thallium poisoning is “unlikely” and that he is “concerned by media speculation”.

Litvinenko stated that President Putin was responsible for the death of Anna Politkovskaya, when he was in a comfortable pub in London. Like others in the comfortable pub where he made this statement, in Russian, he was thousands of miles from Moscow, thousands of miles from Grozny, Chechnya, in whose local authorities Anna Politkovskaya had become interested, so much so she was trying to expose their illicit activities.

Therefore, for those who know what passes through Chechnya, and this is a story hundreds of years old, and a story unknown or ignored by the Western Press, those who get involved in drugs trafficking, arms smuggling, human trafficking and the like get their fingers burnt. Litvinenko was close to Politkovskaya with the important addendum – he knew details about foreign secret service agents.

The missing parts of the puzzle not present in the accusations are that Litvinenko has been in the pay of Boris Berezovsky for around a decade, the Berezovsky who projected himself to billionaire status under Elstin’s Presidency who fled to the UK in 2000 and gained political asylum in 2003.

The other side of the coin

If Berezovsky has his enemies (there have been numerous assassination attempts on him since 1994, years before Putin came to power) then Litvinenko has more. How sensitive was the material he had access to? How much did he know about British or US spy movements? Who could he incriminate? Why did the US authorities show so much interest in his case? Why did someone push a baby pram full of petrol bombs into his front door in July? Does this sound like an FSB operation? How about a pea-shooter? Why has nobody investigated the possibility of Litvinenko having Landry-Guillian-Barre syndrome, which can be induced by a virus or by genetic causes and which creates the same type of symptoms as thallium poisoning?

And speaking of terrorism and Russia and crime, what about the Chechen terrorist Akhmed Zakaev, accused of serious crimes of terrorism in the Russian Federation and subject to various requests for extradition, refused by London where he has gained political asylum? London, which is threatened by terrorist attacks and which forms part of the US axis against...something... but which shelters the man accused of horrendous terrorist attacks against Russian soldiers and civilians between 1996 and 1999 and the 2002 hostage taking in Moscow.

How can any British official have any meeting with any Russian official and look them in the eye when they speak about terrorism but shelter a Chechen warlord? The same person who accuses the Russians of slaughtering the children of Beslan. Like the rest of his family, he is either mad, high on drugs or else a paranoid schizophrenic, in which case he would be better off in healthcare in Moscow than released on the streets of London, a city fraught with random violence.

Nobody likes to see Mr. Litvinenko ill. But to blame Vladimir Putin... how about the fairies at the end of the garden, or Saddam Hussein’s WMD?