On October 10, 2006, FBI spokesman Bill Carter confirmed that matters raised by Sibel Edmonds and shielded form public view by the invocation of the US States Secret privilege were still under internal investigation by the Bureau. 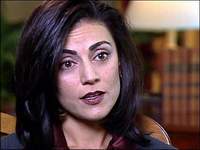 “Due to the fact that the allegations of Sibel Edmonds reflect internal administrative and investigative matters it would not be appropriate to respond to your inquiry. I will point out that the DOJ Office of the Inspector General has reviewed this matter and released a public report. I would refer this report to you for your review. The Inspector General's report concluded that the FBI did not adequately investigate allegations Ms. Edmonds made regarding a co-worker. After the OIG's initial classified report, the FBI conducted further investigation into Ms. Edmonds' allegations. That investigation is continuing.”*

Back in March of 2002, Edmonds was released from the FBI over her discovery of an array of espionage activities. Looking back, and with the benefit of new information from the FBI and elsewhere, it appears that the government of Turkey was spectacularly successfully in compromising FBI, CIA, DEA, DIA and DOS operations, and was also able to mount other espionage programs that allowed Turkish interests to obtain assorted military and WMD technology know-how, and garner US and Israeli military support for its bloody internal struggle against its significant and much maligned Kurdish population/opposition.

The Turks: Masters of Espionage

The Turks would not have been successful in staging what may be recorded as one of history’s finest intelligence coups had it not been for many sympathetic US military personnel, bureaucrats and politicians who, whatever their egotistical reasons, believed themselves to be acting in the USA's best interests. Certainly, no one can accuse them of not effectively representing their powerful Turkish clients whether in defeating US Congressional action recognizing the Armenian Genocide or ensuring that US corporations close lucrative deals in Turkey.

The Turks knew it would take lots of cash to pull off such a scheme and sustain it. The illicit drug trade provided an endless source of funds to pay for WMD components, US defense technology, politicians, money laundering schemes, counterterrorist operations, safe interrogation houses, and dozens of front companies. Given Turkey's solid reputation as a key refining point/middleman for opium coming out of Afghanistan (it is ultimately transported into the Balkans and on to Europe and the USA), it is no surprise that the Turkish government always seems to have a steady supply of cash to spread around. Perhaps it is just coincidence, but under the watchful eyes of the Pentagon and US law enforcement and intelligence agencies, opium crop production in Afghanistan has increased over the last decade. The profits from refining and distribution of the product have flooded the black market - the playground for intelligence operatives and assorted criminal enterprises.

Desmond Fernandes, has recently published an extraordinary piece titled Turkey’s US Backed War on Terror: A Cause for Concern?* The information provided in this publication shows the lengths to which the US and Turkey (and Israel) will go to keep some very nasty activities quiet. One of the more interesting bits of news in the report is that, at the invitation of the Turkish government, US and Israeli forces are assisting the Turkish government in military operations against the Kurdistan Workers Party (PPK) and the Kurdish people and their culture. The US is ostensibly engaged in counter-narcotics operations with the Turks.

Joseph Ralston, former USAF General and now Lockheed Martin employee and American Turkish Council principal, is the special envoy/coordinator for US-Turkey anti-Kurdish operations. In October 2006, the US Congress approved the sale of 30 of F-16 combat aircraft worth $2.9 billion to Turkey.

The world has seen the effects of similar alliances on persecuted people, most notably the tragic one between the US and Israel. That template will now be applied in Turkey to manage the Kurds. It’s their turn to be abused and pushed from their homelands by the same methods and equipment used against the Palestinians (and now the Iraqis). American leaders sanctioned the elimination of the Palestinian leaders and their people, even groups freely elected like Hamas. With eager US approval, Israeli military operations continue unabated in Gaza and the West Bank into late 2006. US support for Israel's destruction of the Shia population in Lebanon during the Hezbollah-Israeli conflict in 2006, along with decades of unswerving support in the United Nations and the US Congress is notoriously legendary. All this bodes ill for the Kurds.

And so it begins. According to kurdmedia.com, “the PKK - the most prominent Kurdish freedom movement - declared a unilateral ceasefire that went into effect on Sunday 1 October. It still remains unilateral - the entire Turkish establishment, from top general Yasar Buyukanit to prime minister Recep Tayyip Erdogan, has rejected it, clearly stating their determination to continue the war… Joseph Ralston spoke for the US government when he indicated that “a ceasefire sort of implies an act that is taken between two states, two actors, to do that. And I don’t want to confer that kind of status on the PKK by saying a ceasefire…”

According to Fernandes, “General Joseph W. Ralston, the US government’s Special Envoy who is responsible for countering the terrorist PKK and coordinating actions and eliminationist strategies with the Turkish and Iraqi states…He…just so happens to be a member of the Board of Directors of Lockheed Martin, the same corporation whose deal for the sale of 30 F-16s to Turkey sits in the venerable halls of Congress at this very moment” in time. F-16s it must be remembered, were needed during Turkey’s genocidal War on Terror during the 1990s because of their usefulness in obliterating Kurdish settlements, killing civilians and terrifying Kurdish civilians.

It is widely known that the Turkish military used Lockheed Martin F-16s to assist with the destruction of Kurdish villages in North Kurdistan during the 1990’s Dirty War, with the facts well-documented by human rights groups. In 1995, Human Rights Watch documented arms sales to Turkey, along with related violations of the laws of war by that state…It included the many gross abuses that Turkey … perpetrated against the Kurdish people with the F-16 fighter jet figure[ing] prominently…In a report ordered by the US Congress, the State Department admitted that the abuses included the use of US Cobra helicopters, armored personnel carriers, and F-16 fighter bombers. In some instances, critics say, entire Kurdish villages were obliterated from the air.

This proposed new multi-billion dollar sale in 2006, the Pentagon has claimed, will enhance the Turkish Air Force’s ability to defend Turkey, no doubt against its internal Kurdish threat in the Kurdish colony in the southeast, and its external one in southern Kurdistan/Northern Iraq…The aircraft will be used to patrol the nation’s extensive coastline and borders against future threats and to contribute to the Global War on Terrorism and NATO operations… With this in mind, you should ask yourself what, exactly, General Ralston is coordinating. We all know the real deal, don’t we? We all know who have been the targets of those F-16s…”

On Monday, October 2, 2006, Captain Warren Comer (USAF, 374AW/PA, Yakota Japan) indicated that the USAF could provide no further information about Lieutenant Colonel Douglas Dickerson, a central figure in the Edmonds’ matter. “Looking at your request, the only information that I can confirm to you is what is written in the Fuji Flyer newspaper that you read. For any other questions on this subject, please refer to the FBI or the US State Department.”***

Taking Captain Comer’s advice, the US State Department was contacted. On Tuesday, October 3, 2006, Ms Nancy L. Beck (US DOS, PACE) indicated that “Responding to your inquiry, this is not a matter for the US Department of State. Recommend you direct your question to the FBI or Department of Justice.”

Dickerson was recently deployed to the Iraqi theater of operations where he heads up logistics matters for an element of the USAF. His handlers in the intelligence community apparently are happy about that and so must be the public affairs personnel who don’t want anything to do with him.

In 2002, Dickerson and his spouse Melek Can left the country for Belgium and a quiet post with NATO after Edmonds’ exposed them as Turkish operatives or, perhaps, US counterintelligence operatives. Dickerson and his wife’s activities remain a mystery. According to various reports, they were once stationed in Ankara, Turkey in the 1990s, and had contact with Douglas Feith and Marc Grossman. Another report indicated that: in 1995, while in Turkey, Dickerson was the subject of investigation for accepting money from foreign agents, whereupon he was abruptly transferred to Germany. In 1999, Major Douglas Dickerson returned to the United States. His wife, Melek Can Dickerson, started to work for American Turkish Council (atc.org) and related Turkish American business groups.

In 2001, Dickerson was apparently given a position in the weapons systems acquisition arena with the Pentagon and US Department of State. Dickerson’s areas of responsibility supposedly included Turkey, Uzbekistan, Azerbaijan, Kazakhstan and Turkmenistan. He also had dealings with Edelman formerly US Ambassador to Turkey, and now with the Pentagon’s Policy Organization. Dickerson was also active with ATC and Scowcroft. He and his wife associated with several Turkish and American individuals from the Turkish Embassy and the ATC. Many of these folks were targeted by FBI counterintelligence for criminal activity. But thanks to the Turkish government’s penetration of the highest echelons of the US political-military-intelligence-corporate apparatus, the Pentagon and US State Department forced the FBI to back off any criminal investigations that may expose criminal activity, and untidy and covert operations.

Finally, there’s the perplexing case of Valerie Plame and Joe Wilson. According to dozens of media reports, Valerie Plame was introduced to Joe Wilson by Brent Scowcroft at an ATC function. Shortly thereafter, the pair was invited to a Turkish Embassy function. Quickly after that, Plame’s CIA WMD operation (Brewster Jennings) was exposed by then Under Secretary of State, Richard Armitage. Coincidently, Dickerson was in close proximity to Plame & Wilson in the 1999-2002 timeframe and the Pentagon and US State Department. It seems likely that only a Turkish operative located somewhere in the US government/intelligence community would have uncovered that information and disclosed it to the Turks and their US sympathizers. Was it Wilson? Dickerson? Armitage?

More fallout is to come from the Edmonds’ matter and the word in Washington, DC-Metro is that it will involve some individuals named in this piece.